The second gymnastics competition of the year was in Syracuse Jan 25/26 weekend. We'd never been there before so it was a nice road trip with the other boys' parents (Isaac and Ben) despite the sketchy winter weather. I don't think they really believe in plowing the roads around Buffalo. The boys generally improved their performance from 2 weeks prior in Niagara Falls, so there's an upward trend. 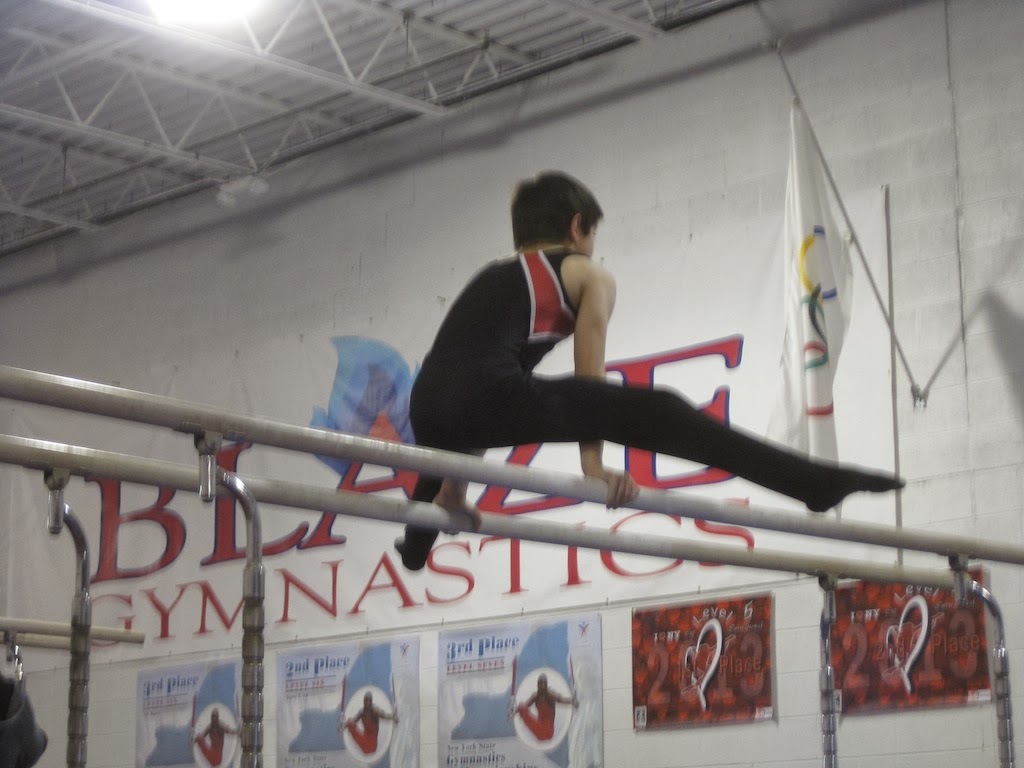 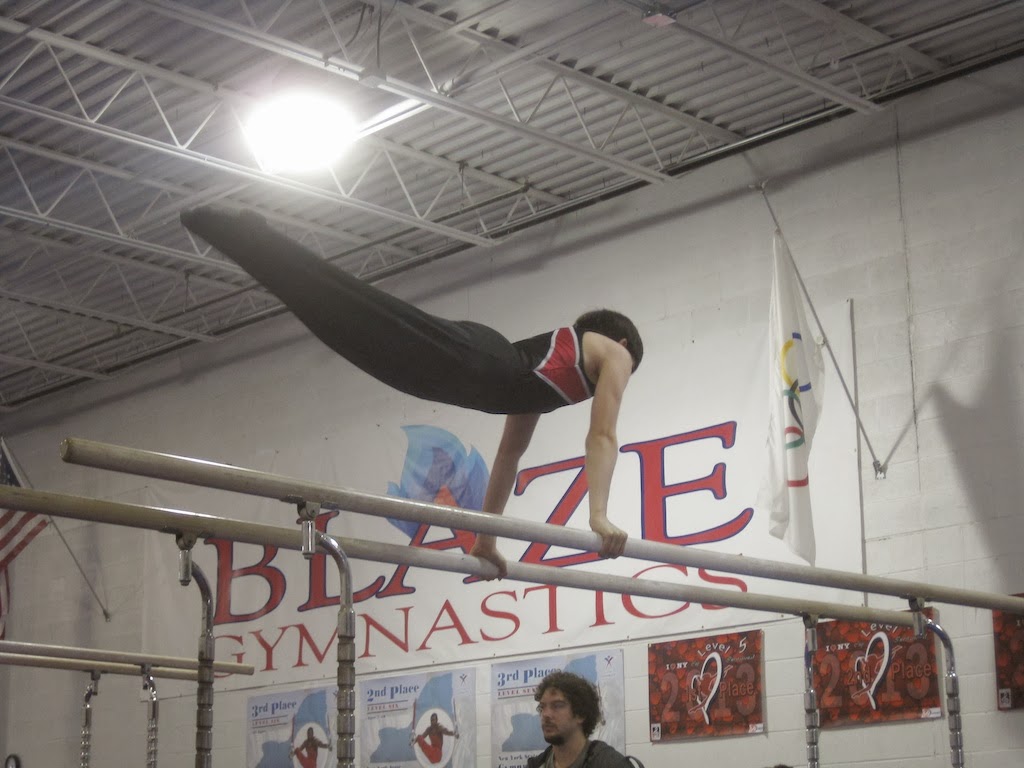 The parallel bars are always impressive to watch. 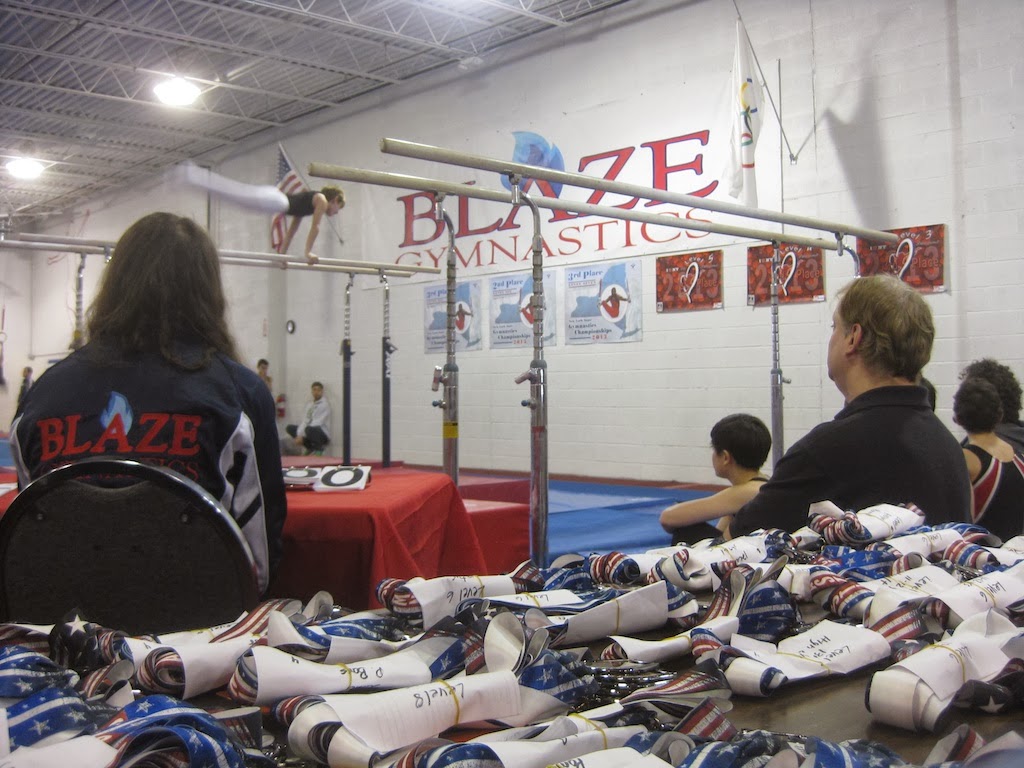 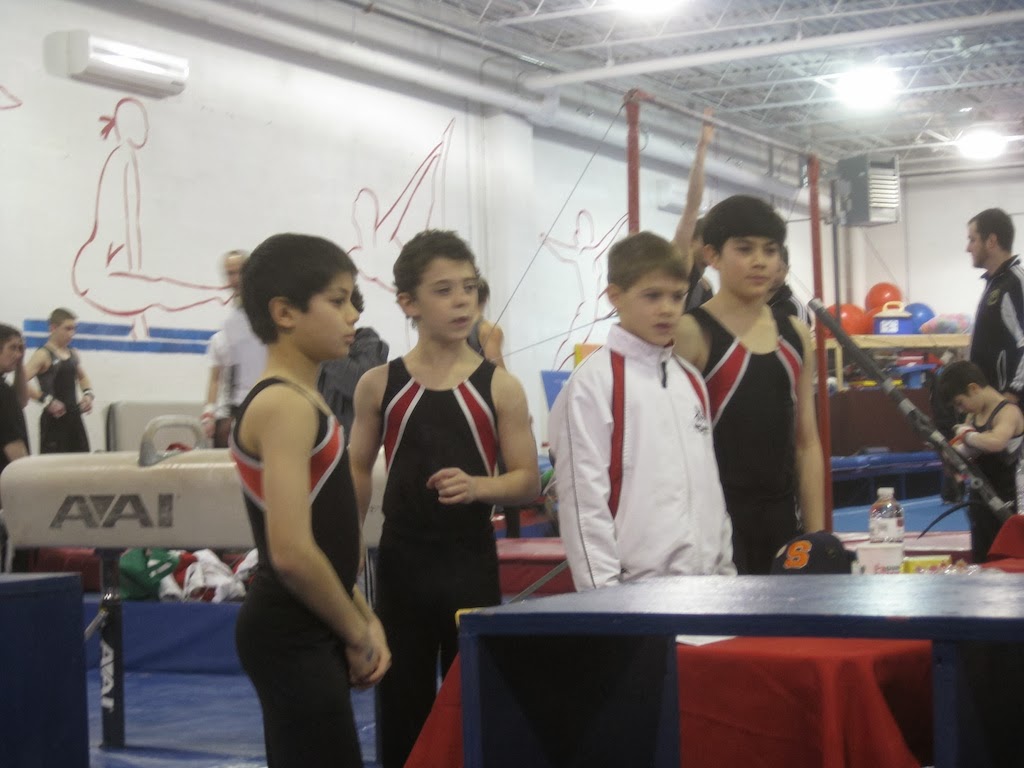 Artsy shot with all the medals to play for on the left, and the boys lining up for the pommel judge. 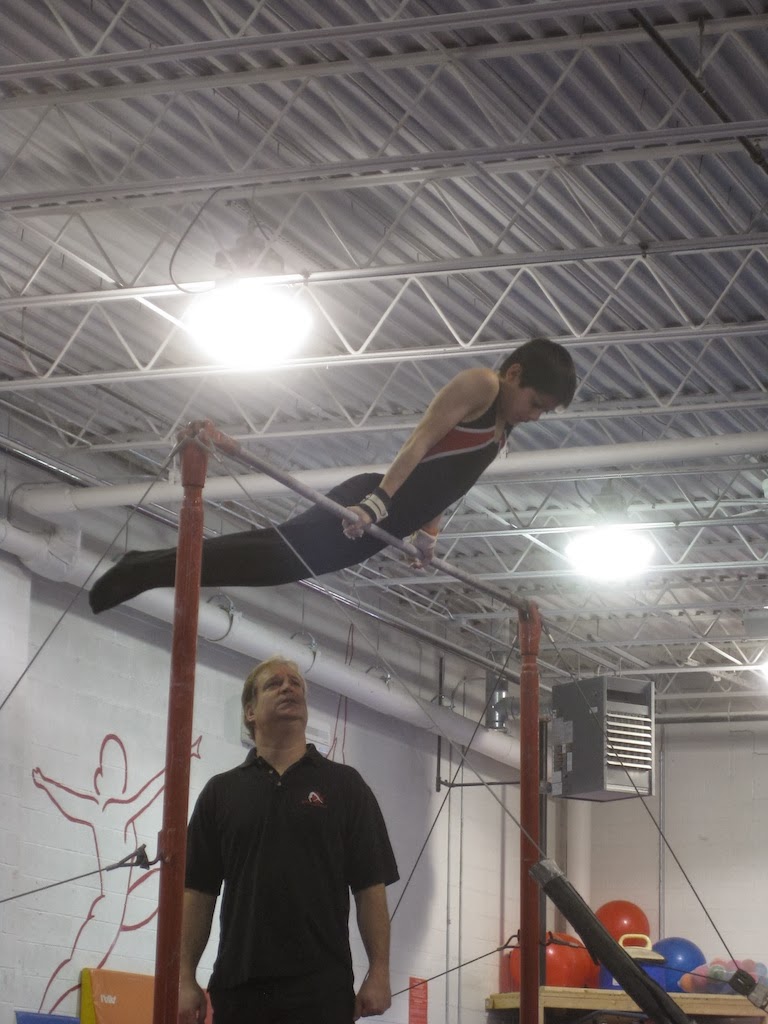 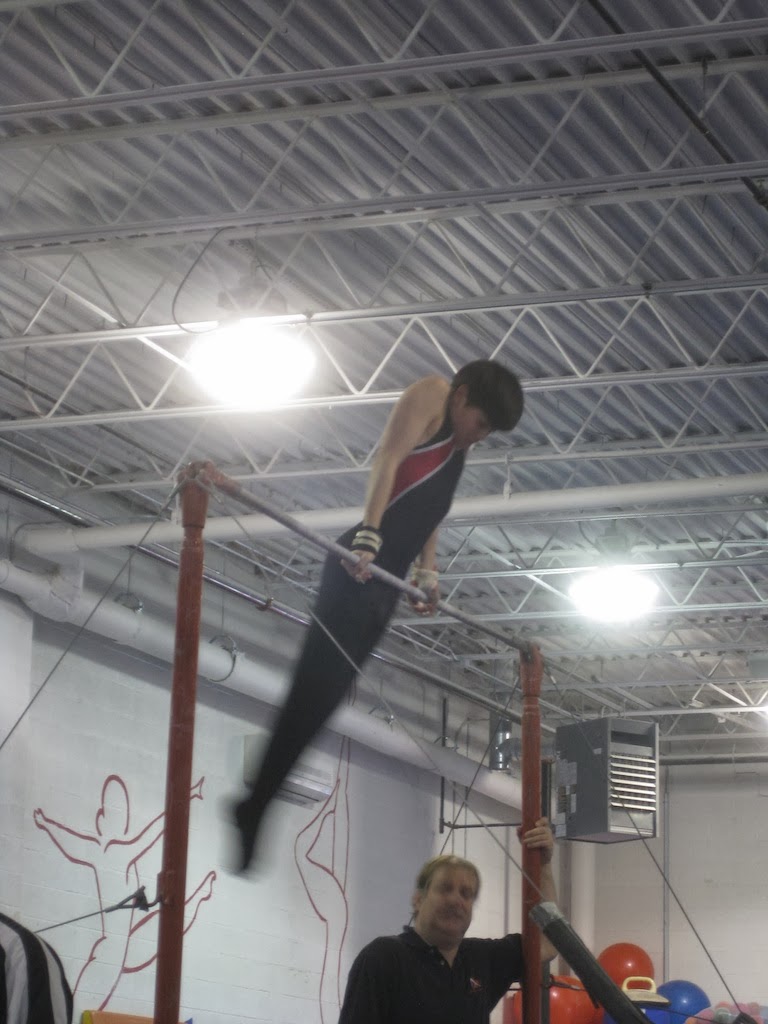 Way up high on the high bars. 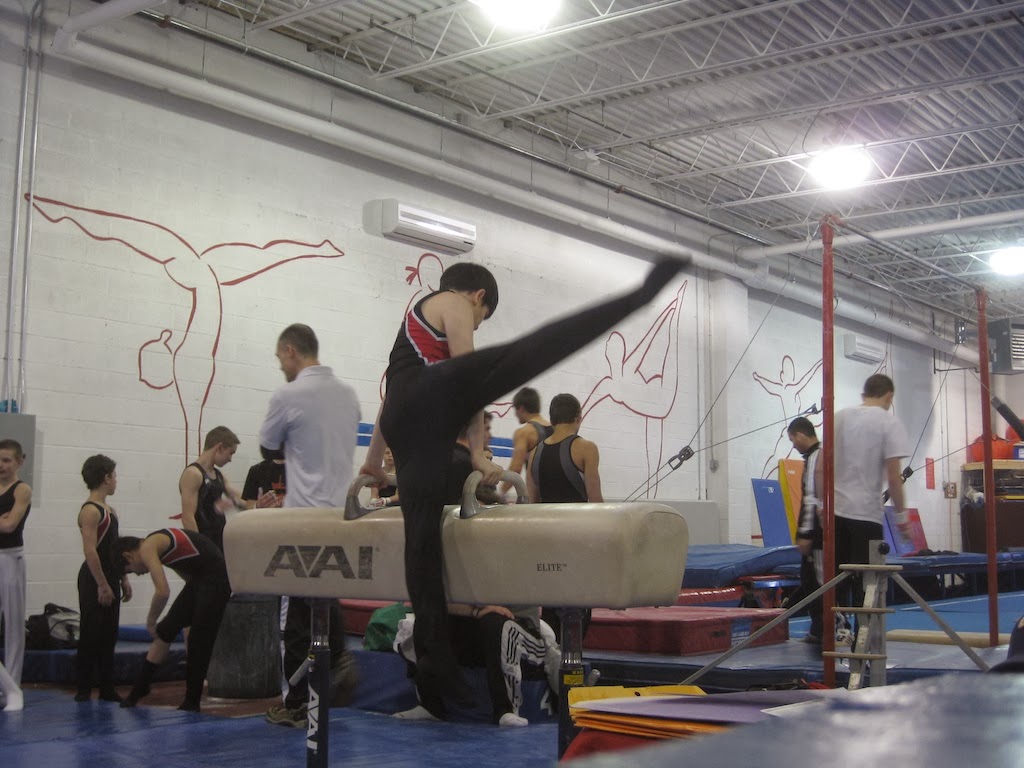 Zach on the pommels. 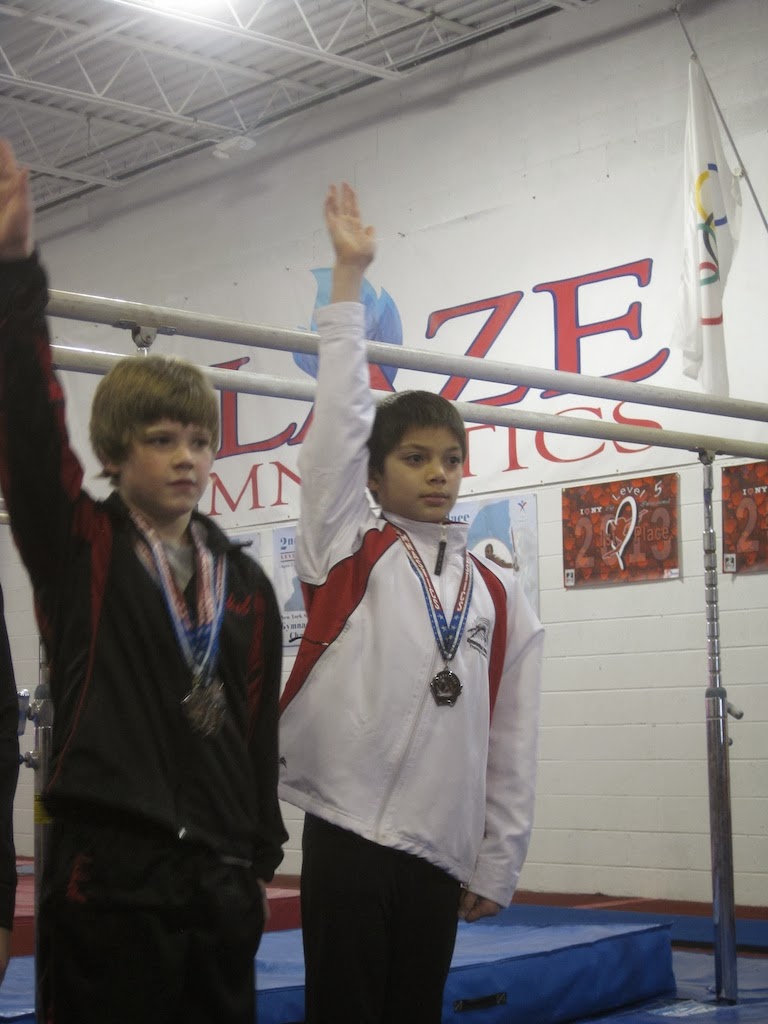 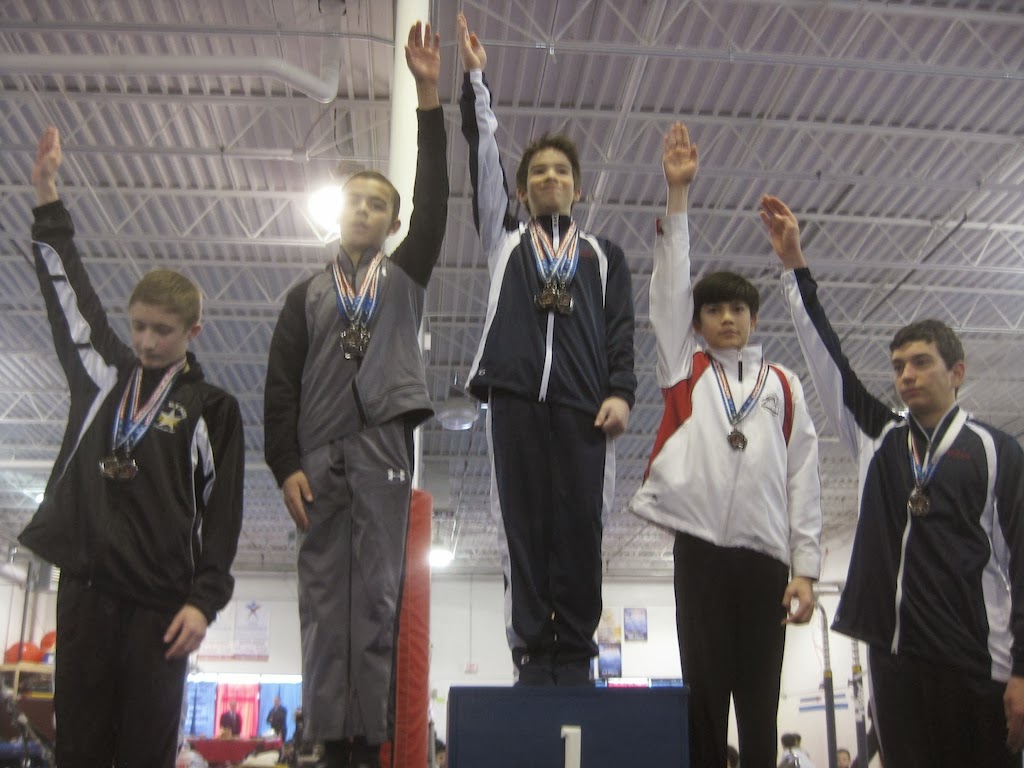 Jacob's bronze on the pommel and Zach's bronze all-around.