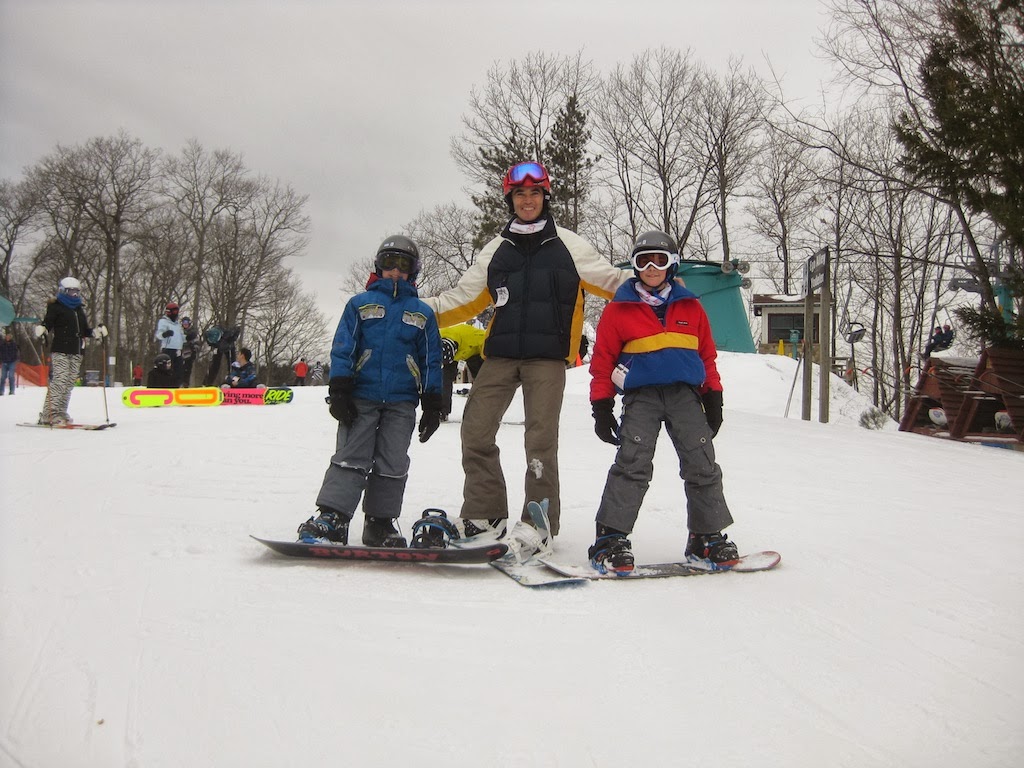 So I quit the Royal Westminster Regiment back in the 1980s before I got to jump out of an airplane. To make up for that, the boys and I are forming our own airborne glider unit out on the slopes. We've got passes to Holiday Valley in Ellicotville, NY (about 1:40h drive away) this season and we've decided that this is the season we learn to do jumps and tackle (sometimes literally) the terrain park. Rather than just riding the black diamond runs, we're now seeking out every little bit of small terrain and dip in the green and blue runs as an excuse to get airborne. 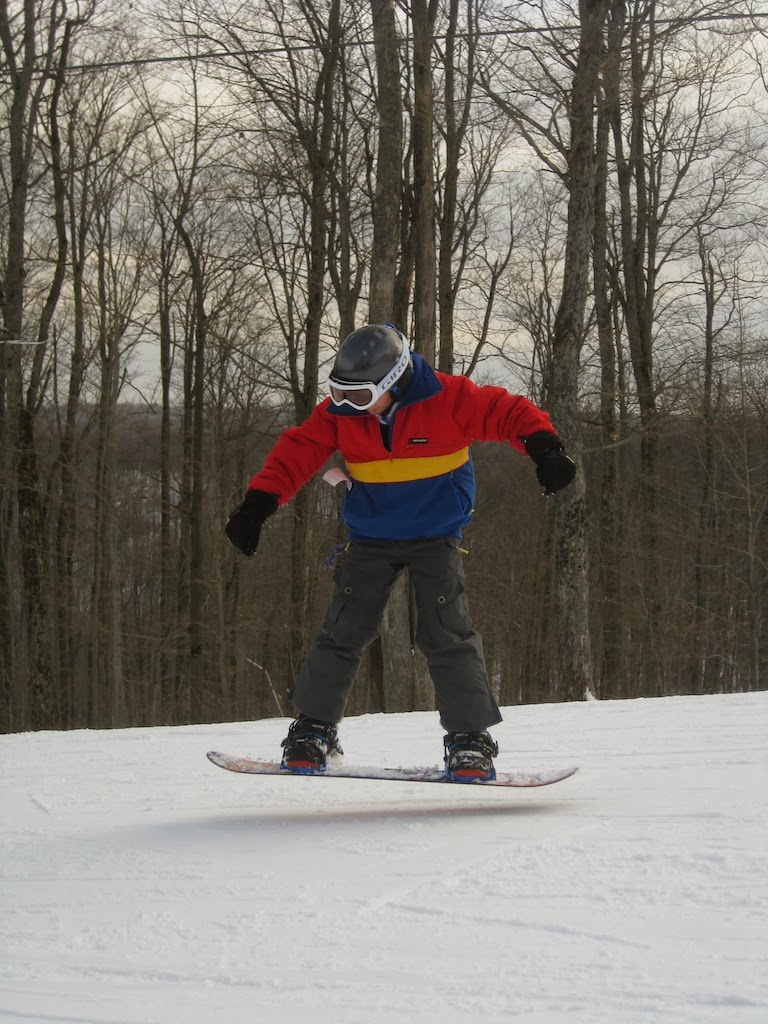 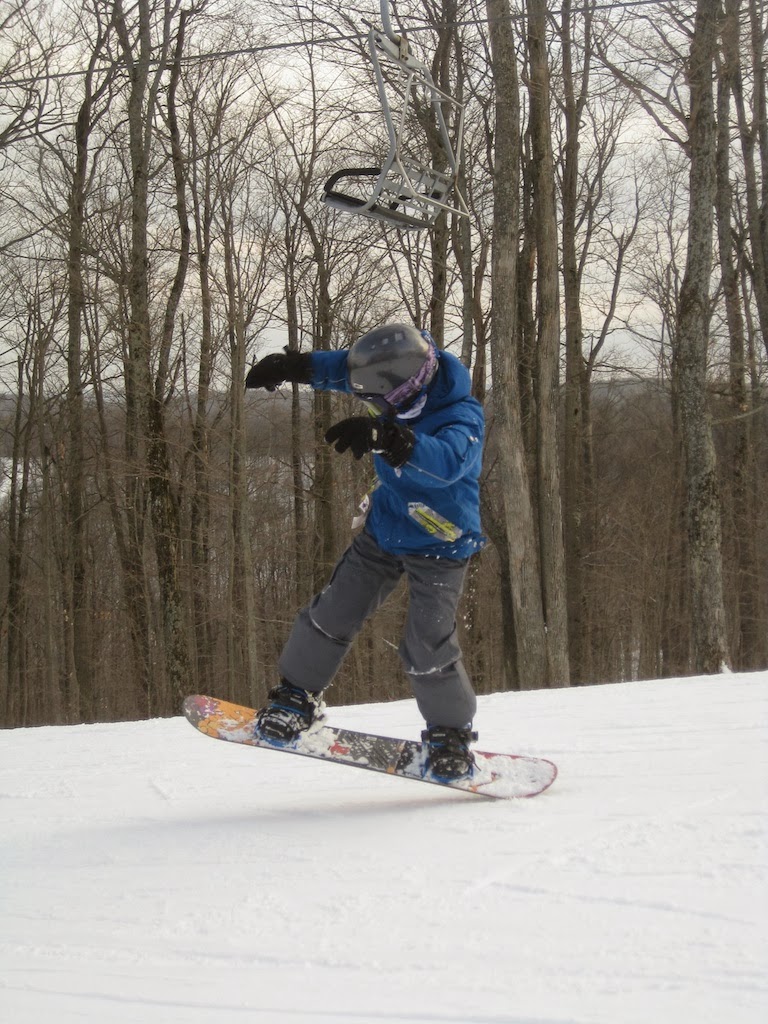 The shadows underneath the boys' boards prove their jumping abilities, and these were taken pretty much from a near-standstill! The past two times, we learned how to ride on the flat box, and the boys have now taken things further by riding a stack of boxes and also riding/jumping an "A-frame" box! 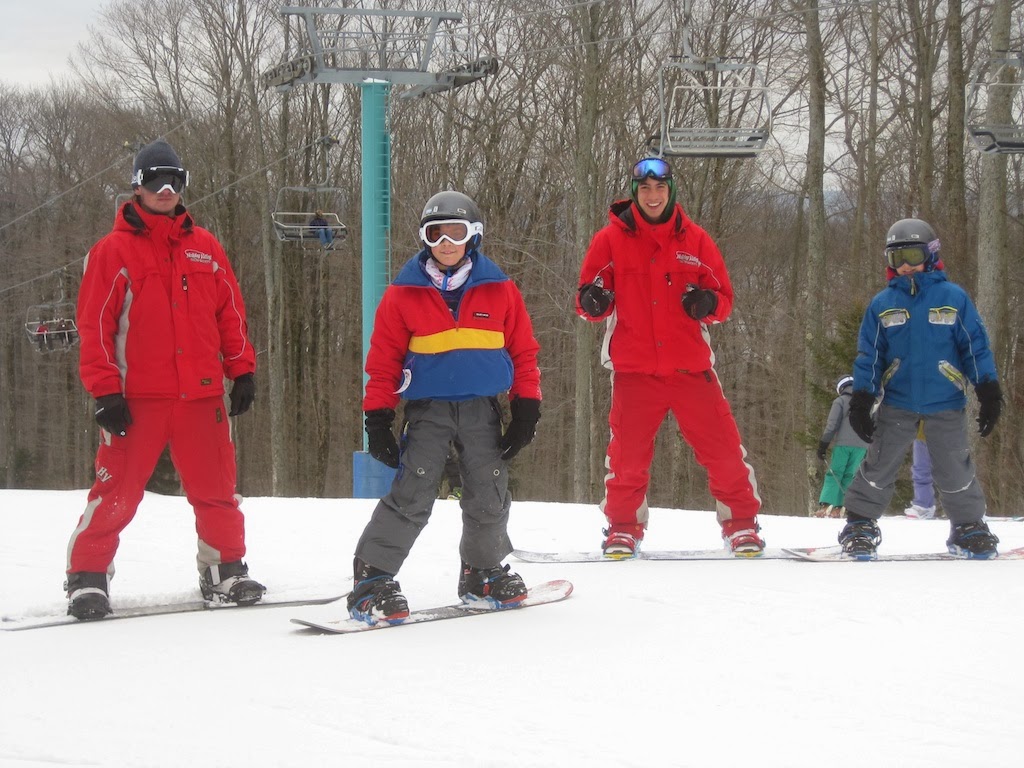 The great thing with homeschooling is that we go during the weekdays when there's minimal traffic on the roads or the slopes. And the "group" lessons we get with our passes generally end up as private ones. Here the boys are with David (L) and Dom (2nd from R), who have both taught us. Dom is especially awesome and fun to ride with, and we help him out by saving him from teaching beginners... 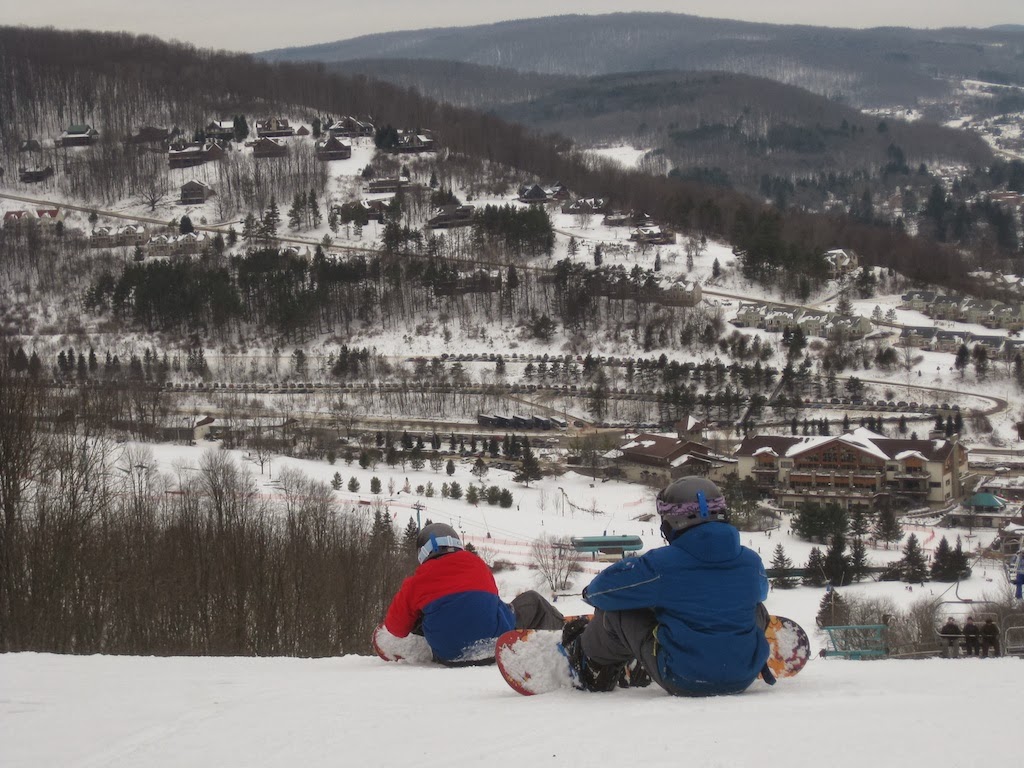 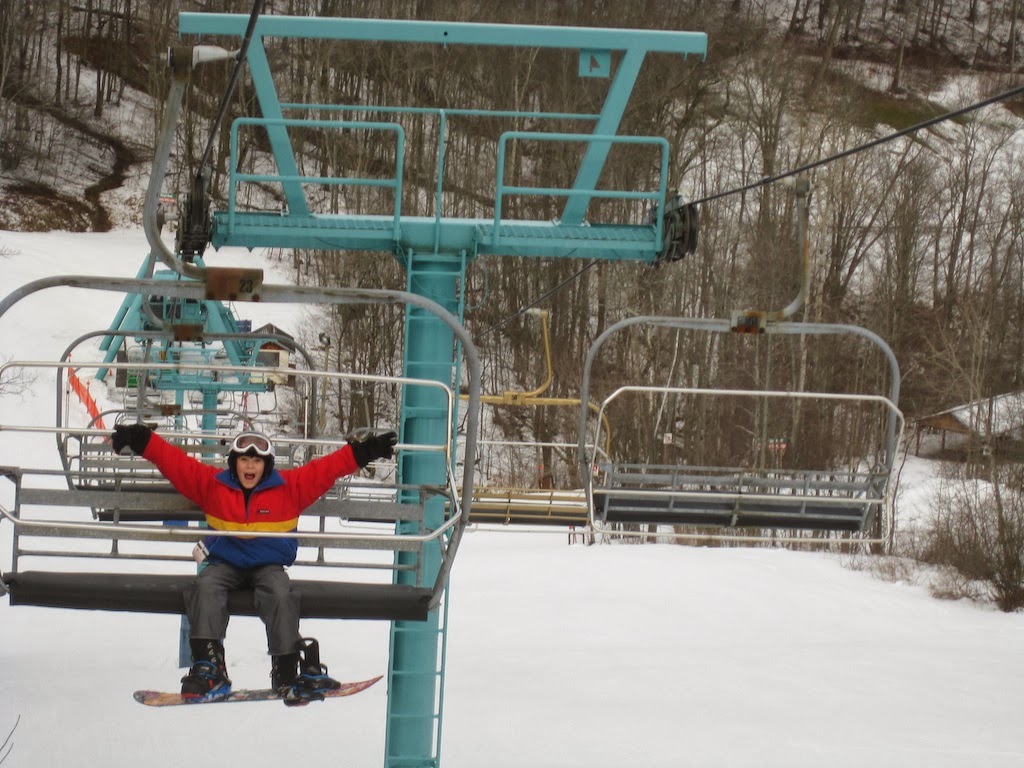 Snowboarding is just a fabulous day out and a way for us to bond as three boys, plus the bonus is that Debbie gets the day off from having to take care / put up with us!