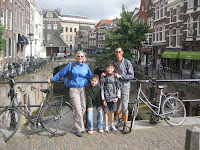 At the University museum in Utrecht, there was a game, where you create your dream future, and see how it would be for the ecosystem, where red is bad and green is good. It was fun seeing how our dream Future would be, dad chose a 5 star hotel for his vacation!! whereas I took a tent, now it is quite obvious which is better for the enviroment, but a lot colder since we both chose snowboard holidays! 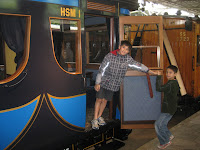 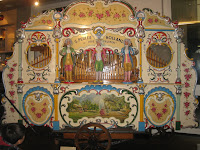 There were different sections for the game,including food and vacation. There were  3 other things but I didn't remember them. We also went to the Spoorweg (Railway) Museum on the left, and the Speelkloek (Musical Clock) Museum on the right. 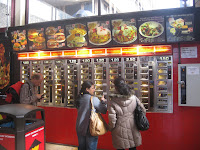 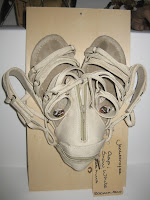 There was also a counter in the University museum that counted different things, when we were there, there had been over 1 billlion cell phones bought!! On the right is a monkey sculpture made from old sandals and handbags, and believe it or not, at the Utrecht Centraal station they had a vending machine for dim sum!
Posted by Anonymous at 13:19