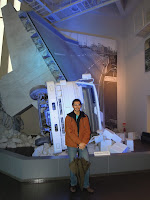 My final morning in Japan, Nari took me for a drive from Kobe over to the nearby big island, though it was impossible to see anything across the long suspension bridge due to heavy rain and fog. Our target was the museum for the earthquake that rocked Kobe on January 17, 1995.

The museum itself was pretty amazing, as it was built right on part of the fault line from the large earthquake. About 6,000 died and much of the city was wrecked, with the epicentre right between the island and the city. So the bulk of the museum runs the length of 150 m of the fault line, largely preserved as it was from the quake. 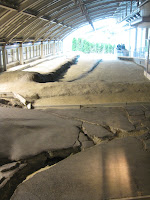 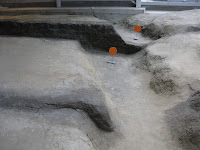 So you can see on the left the big section of the fault line that's preserved at the museum. On the right you can see the actual shift that occurred ifyou look at the orange flags. In total, the ground shifted upwards about 0.5 m and right by 1.5 m, after a lot of shaking and shifting of course. They also had an earthquake simulator at the museum, where you sit down in a mock dining room and they rumble and shake the whole place like what happened during the quake! Unfortunately, a good portion of my flight home also consisted of heavy turbulence, so I got a lot of shaking into me over the course of the day! 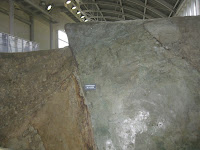 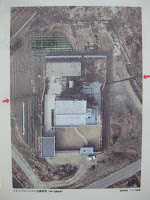 A cross-sectional view on the left of the fault line. Part of the museum also includes this house (aerial shot on the right) that the fault line ran right through the middle. Amazingly it shifted but still stood, and Nari tells me that the people even lived in there for another 4 years! 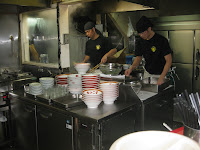 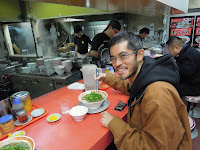 Nari also asked me what I wanted for my last lunch in Japan - ramen obviously!
Posted by Unknown at 13:53