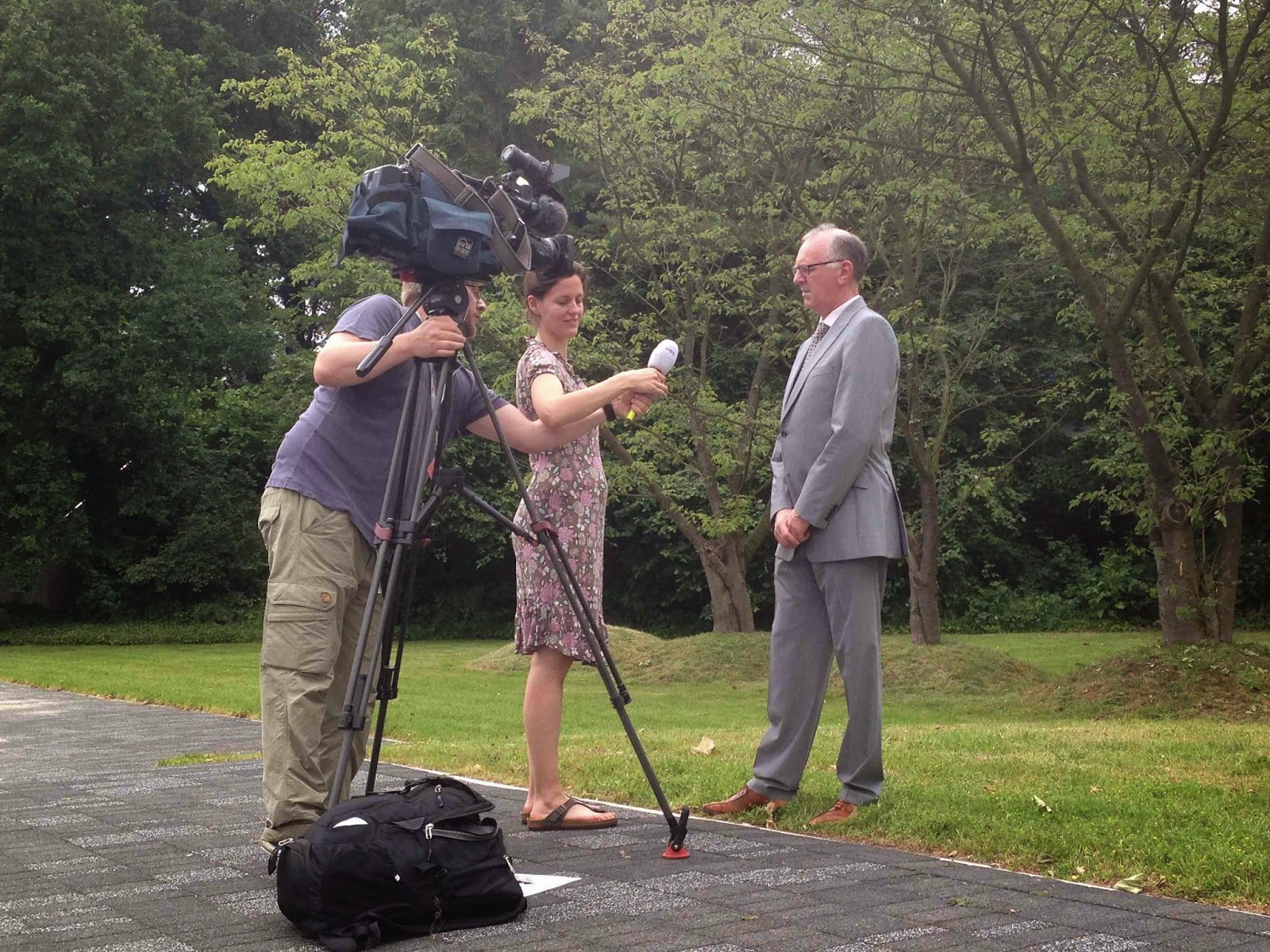 The very Saturday that I arrived here in the Netherlands to stay with my colleague Hein Daanen, his phone was ringing like crazy with media requests. This was due to his having just published new child clothing sizing charts based on changes in children's heights and weights over the past years. All the various stations were making a big deal on whether this meant kids were fatter or more obese, and apparently some medical groups are suggesting that sizing should not be revised and used instead to subconsciously shame people into doing things to decrease weight.
Anyway, that afternoon Hein was called to the main NOS studios in Hilversum to do radio and TV interviews, so I tagged along. Apparently those trees outside the studios are the most filmed trees in all of the Netherlands, as many TV interviews are done there!
Hein is often on media duties here in the Netherlands, and jokes that he's on the media rolodex under "C" for "Cold" but now also for "Cucumber" news, slang for filler on slow news days!
Posted by Unknown at 08:41