City bikes are everywhere in the Netherlands, and the vast majority are heavy big commuter bikes. While in Amsterdam, I visited Van Moof Bikes, which makes functional but highly fashionable and cool designed city bikes. I've got to say I'm super-impressed! 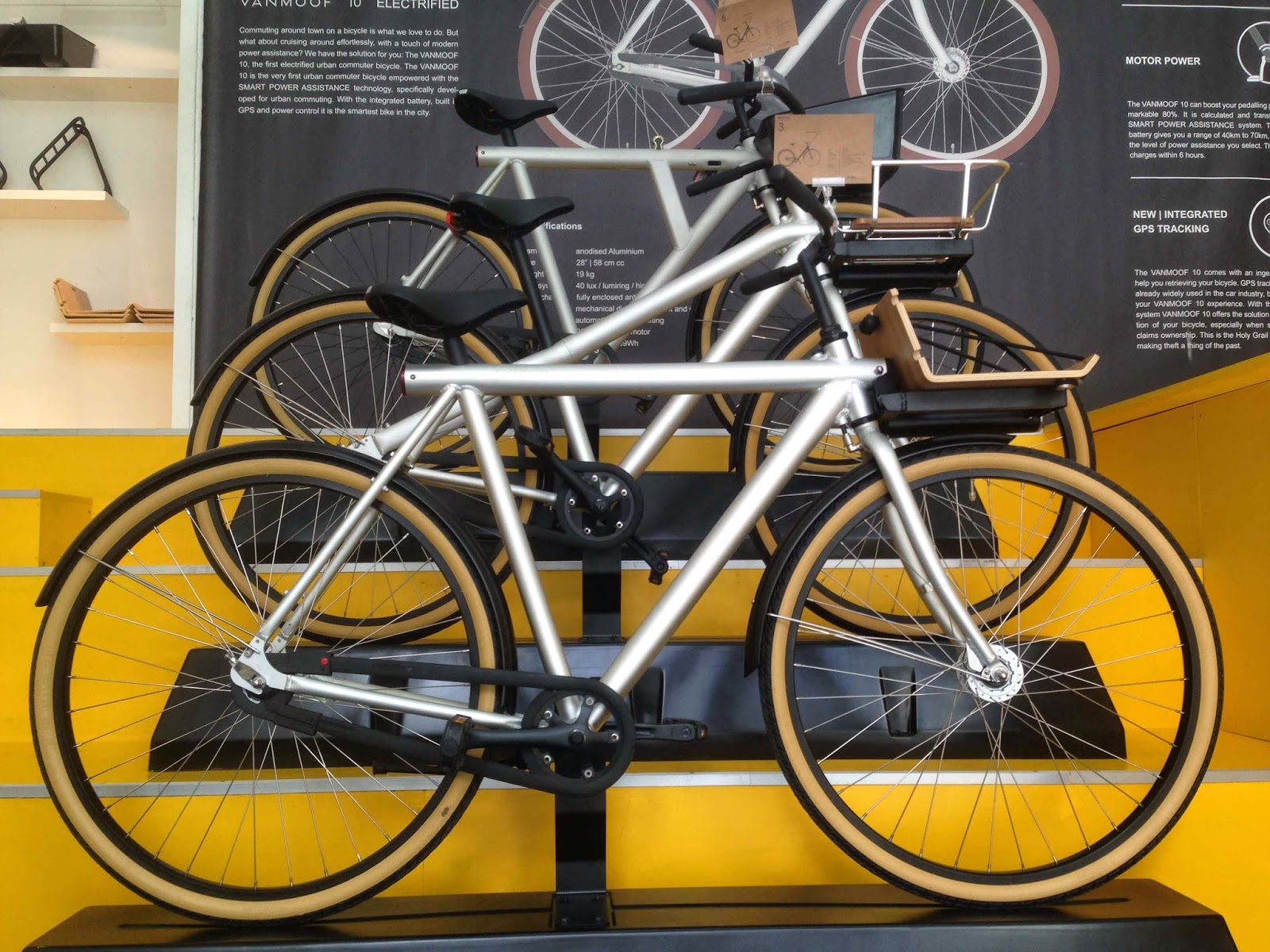 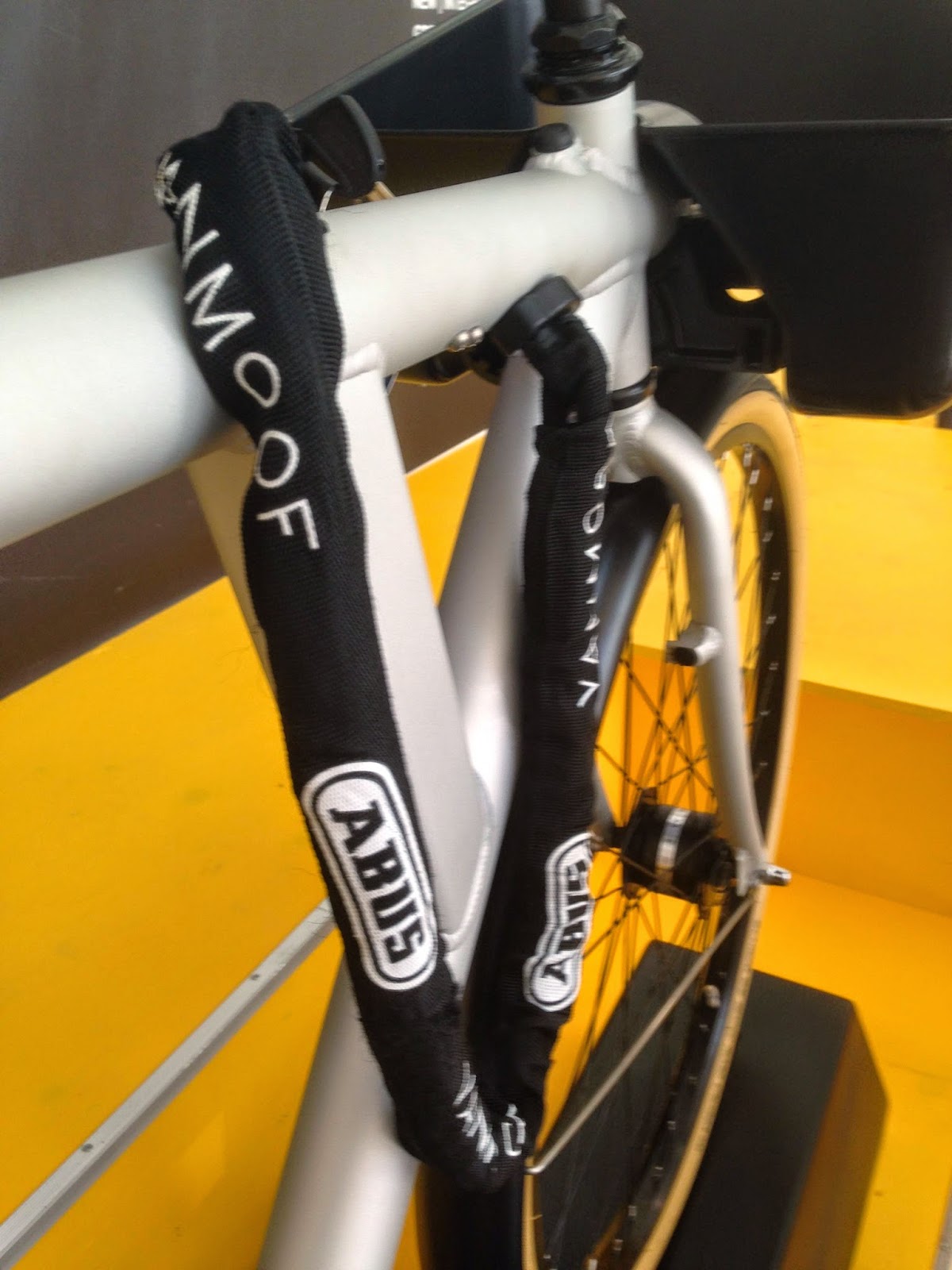 The design is very urban chic and highly functional and well thought-out. You can get all the typical commuter accessories, such as different types of front baskets and rear racks. The built in big chain lock is also a great idea. It's stored IN the frame, so you just pull it out whenever needed. 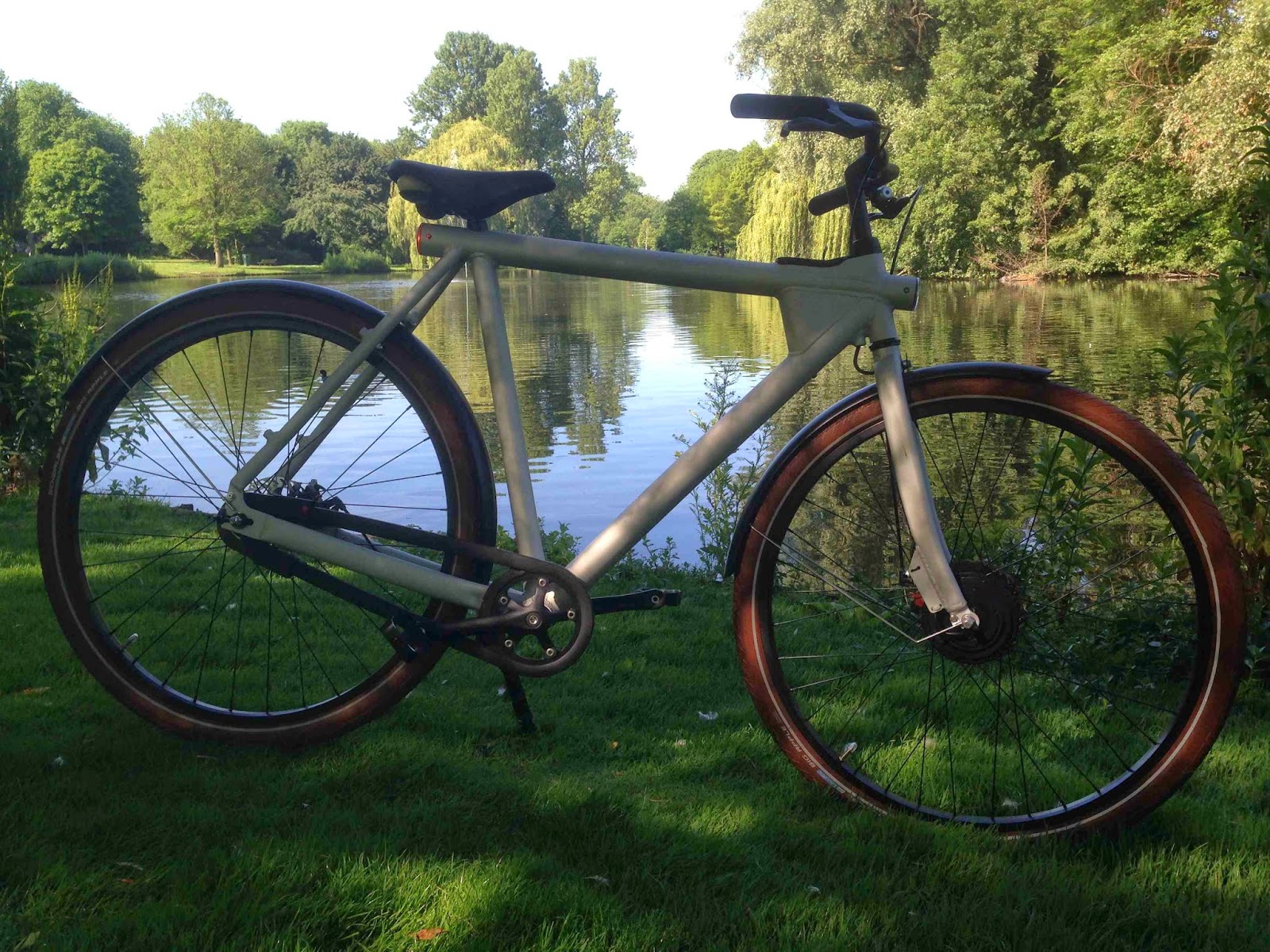 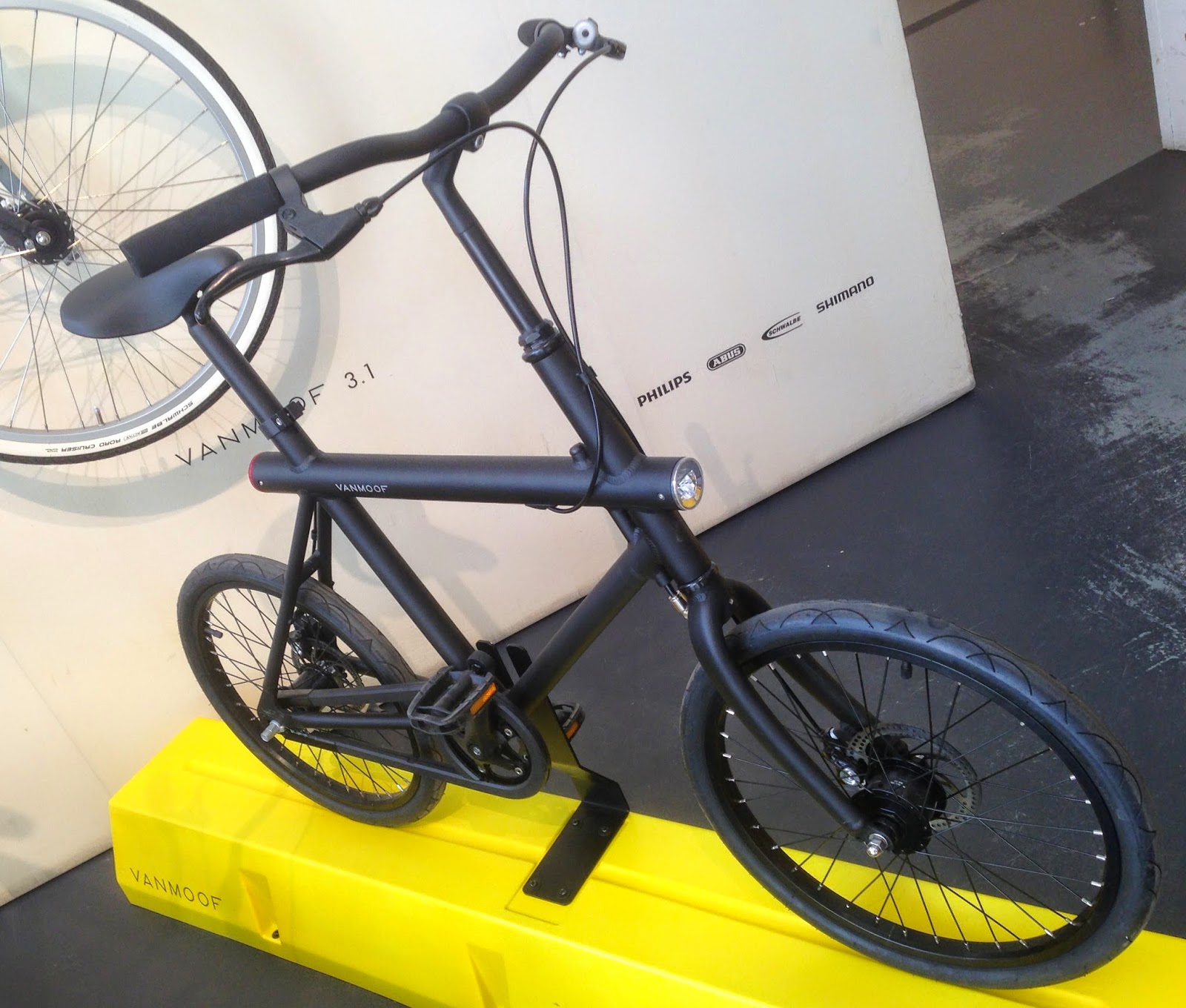 They started just about 5 years back and have just come out with their first e-bike model. OK, to a dedicated cyclist that's the epitome of uncool, but sometimes it's hip to be square so I took it out for a spin around the nearby park. It's graded electric so that you get more power the harder you pedal. A bit disconcerting at first because it feels like you're getting pushed faster than you think you're going. Also comes with a "find your bike" app in case it's stolen! The bike on the right is especially designed for those with limited space for storage. Most models have disc brakes too.
Posted by Unknown at 00:52