Went to a really cool exhibition at the Amsterdam Expo last week, by American artist Nathan Sawaya who chose Lego bricks as his art medium. The work is really neat, as he does everything from recreating/reimagining classic paintings and sculptures, through to his own original work. With Lego, he uses a mix of both 2D and 3D depending on what he wants to impart. He has also recreated many famous sculptures including "David" and also "Venus de Milo." 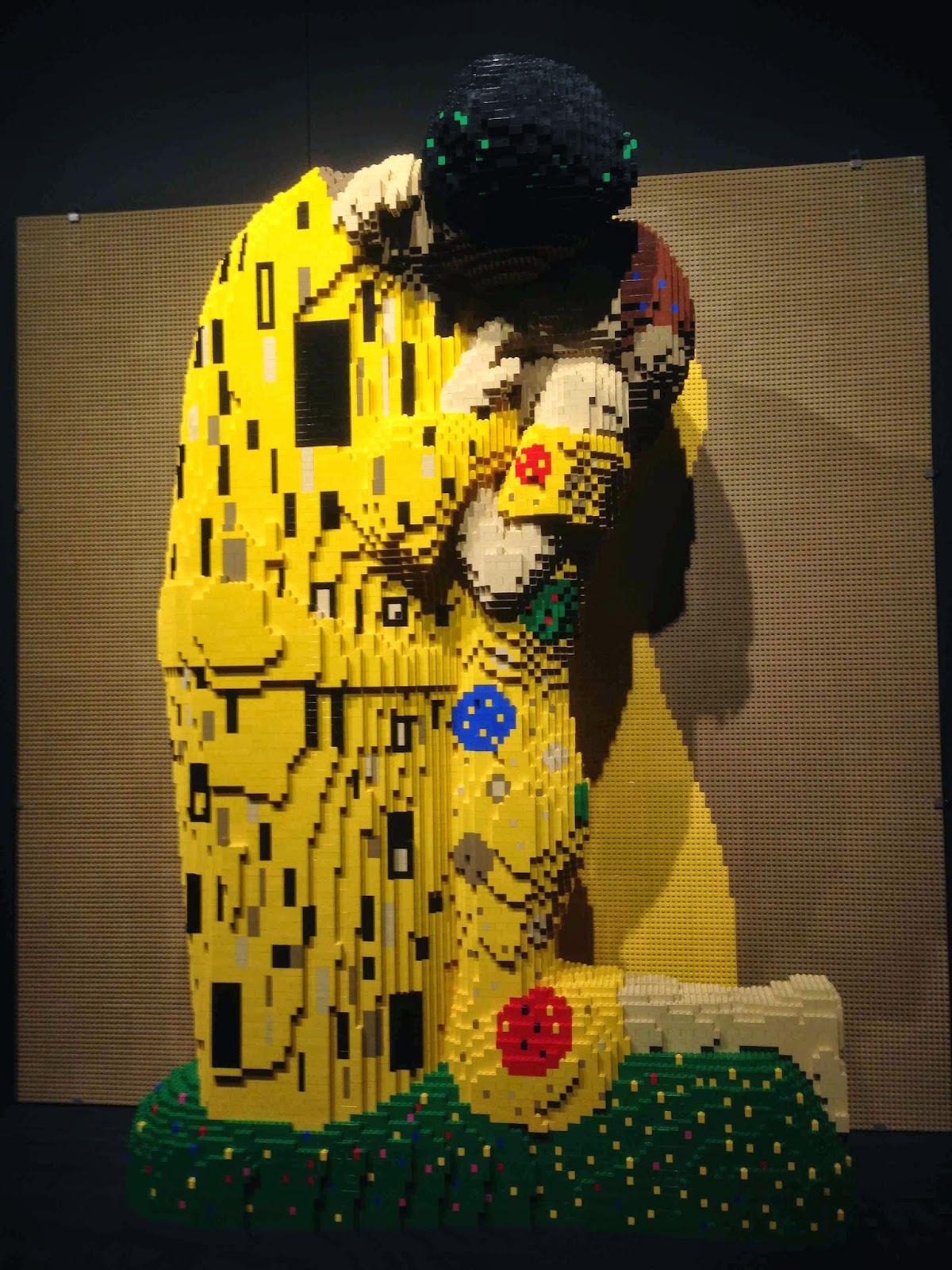 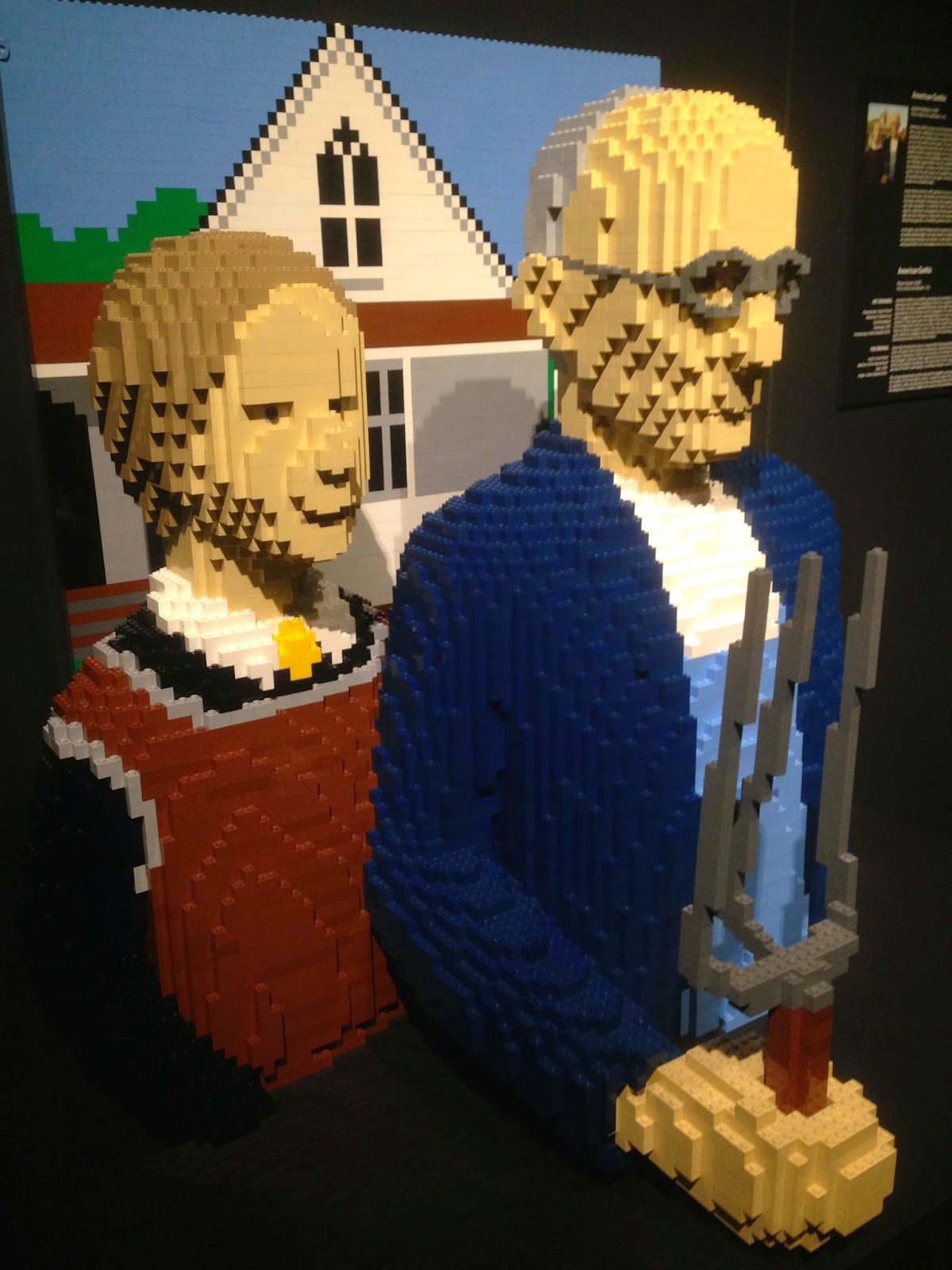 An example of how Sawaya uses 2D and 3D to bring focus to different sculptures. On the left is Klimt's "The Kiss" and on the right "American Gothic." There were also ones like "The Scream" with the central character in 3D with the rest of the painting in 2D behind, and "The Wave" with layers of waves. 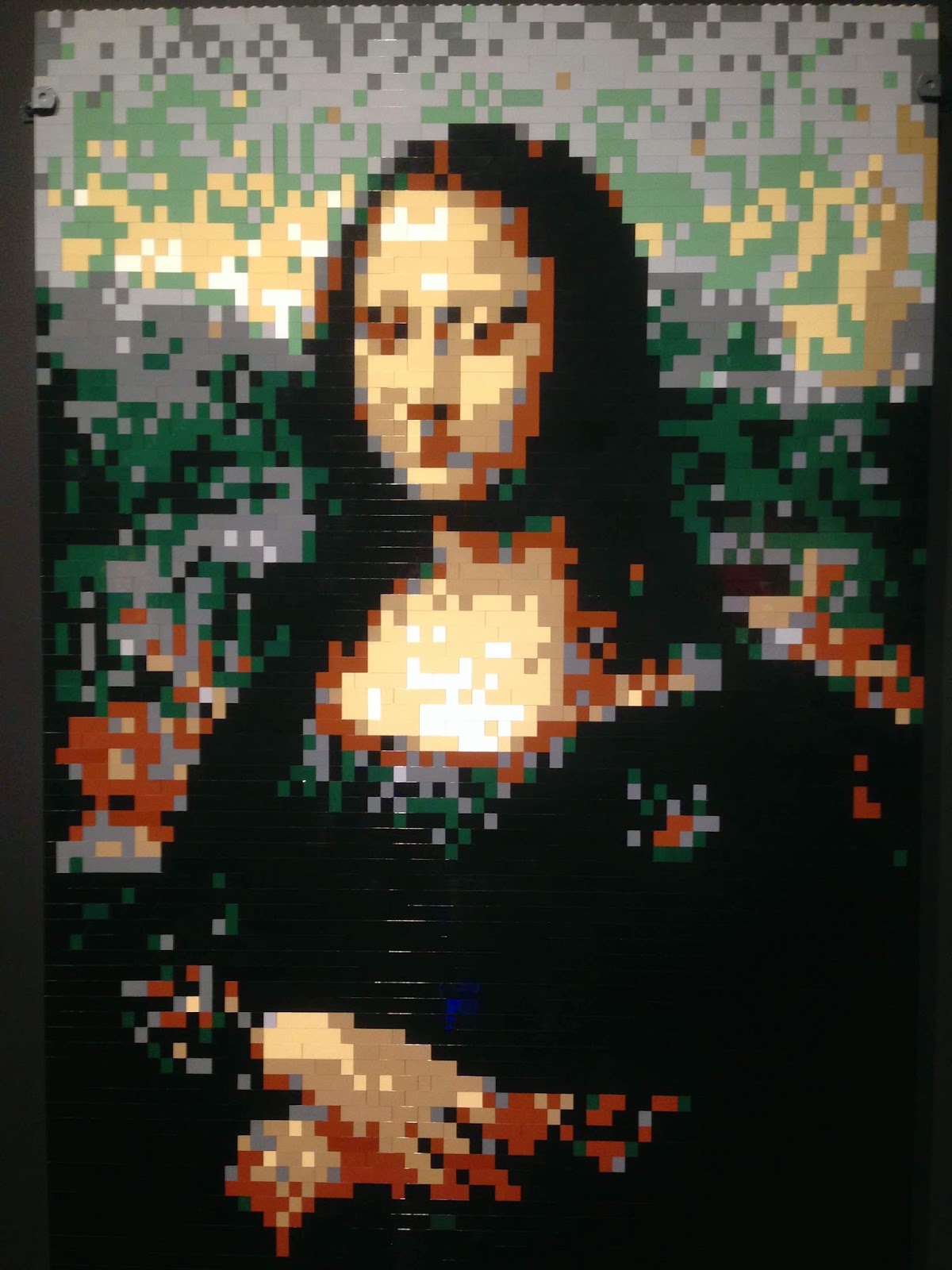 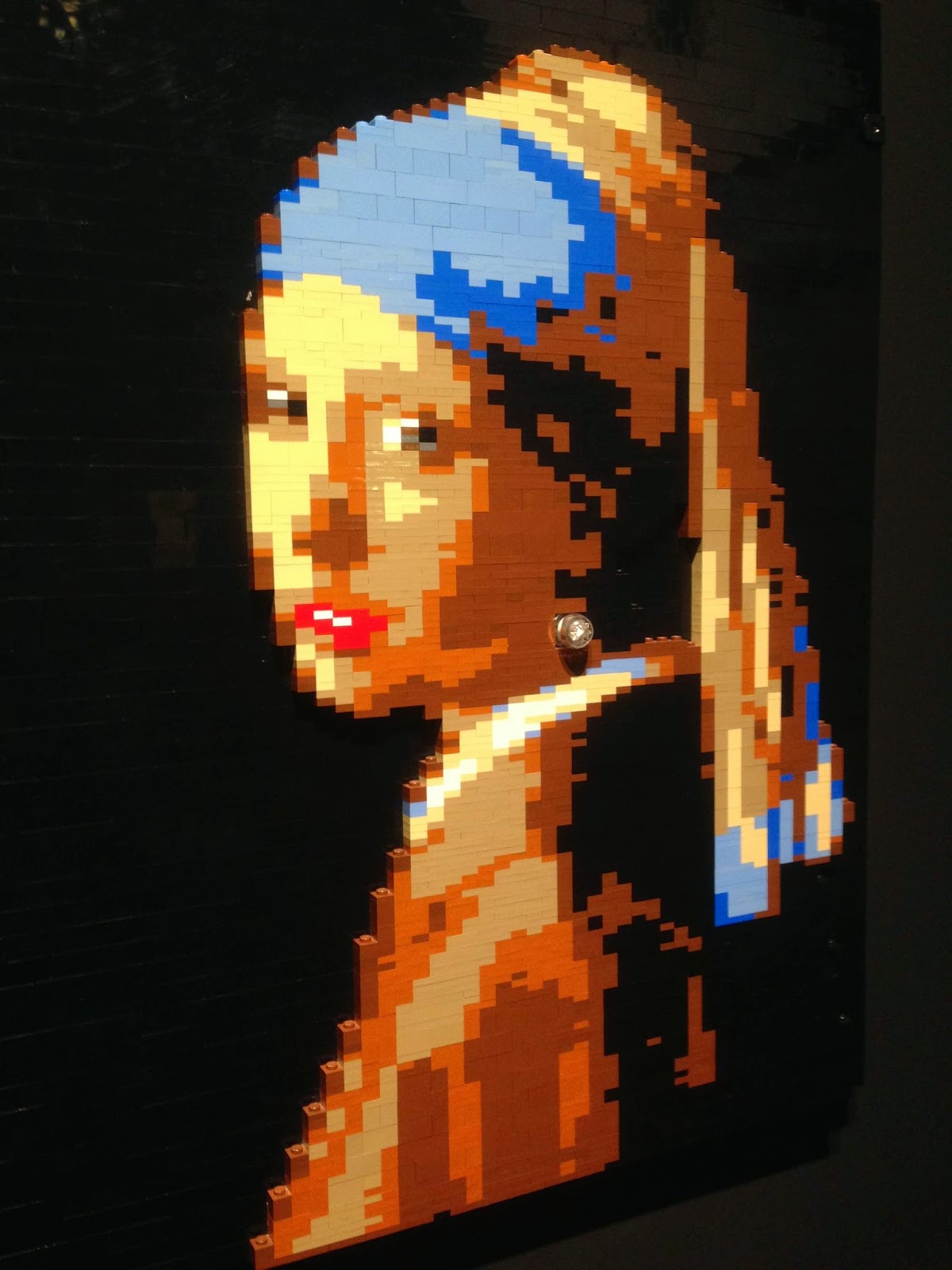 Sawaya will also use smaller or larger Lego bricks depending on the desired effect. On the left is a highly pixelated Mona Lisa with pretty large bricks. On the right Vermeer's "Girl with a Pearl Earring" is mostly 2D, with a large 3D pearl earring to put it clearly into central focus. 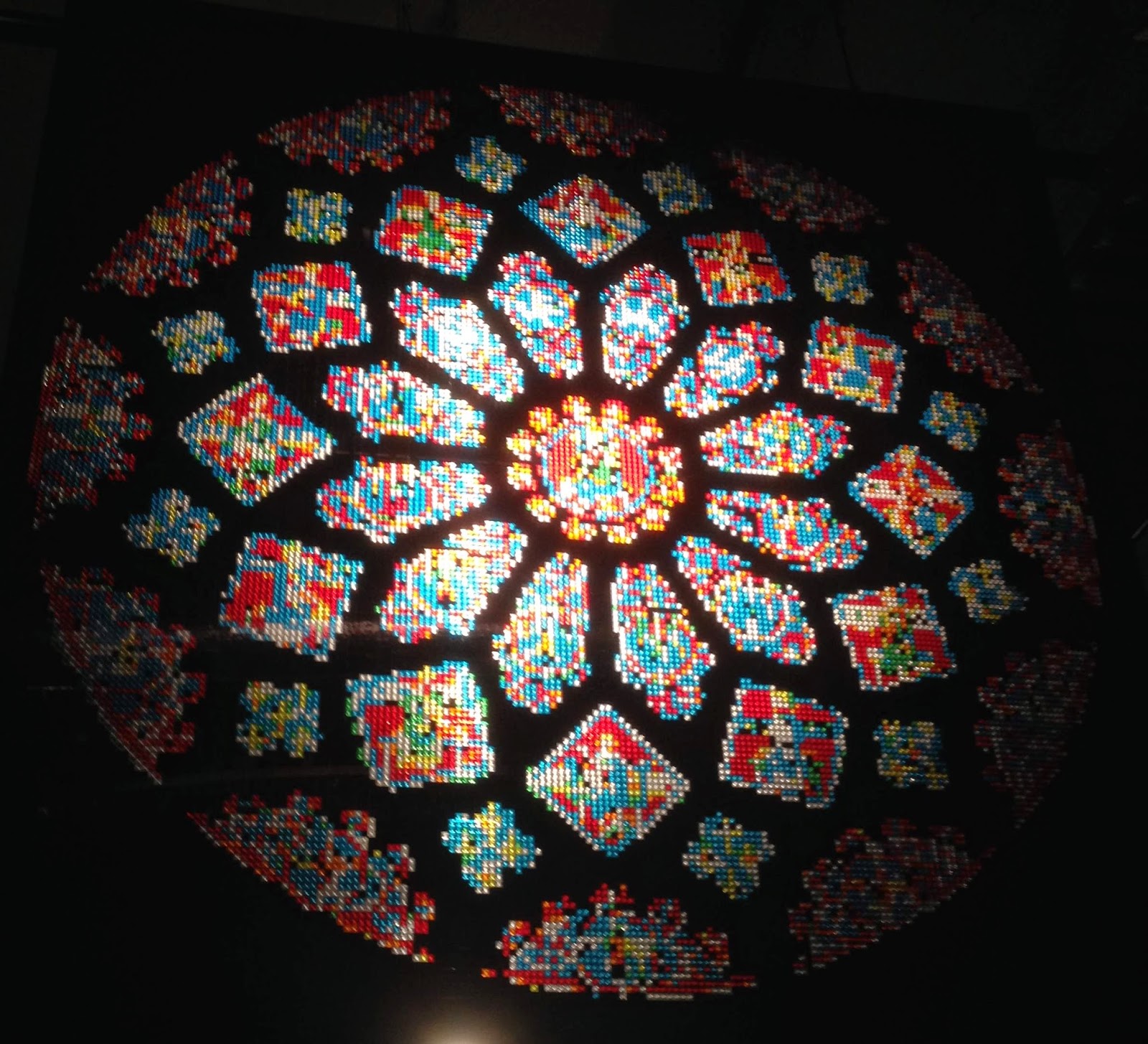 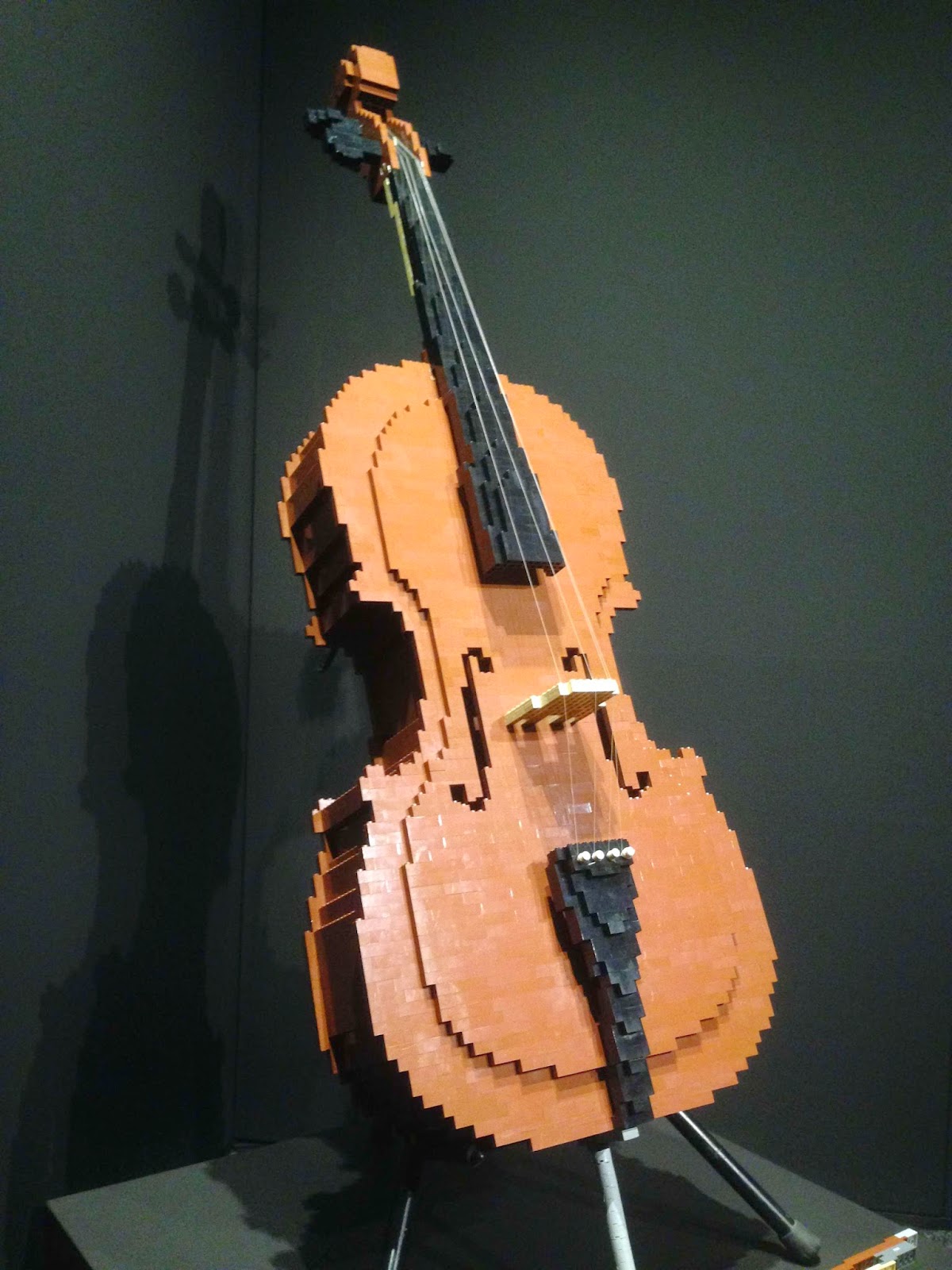 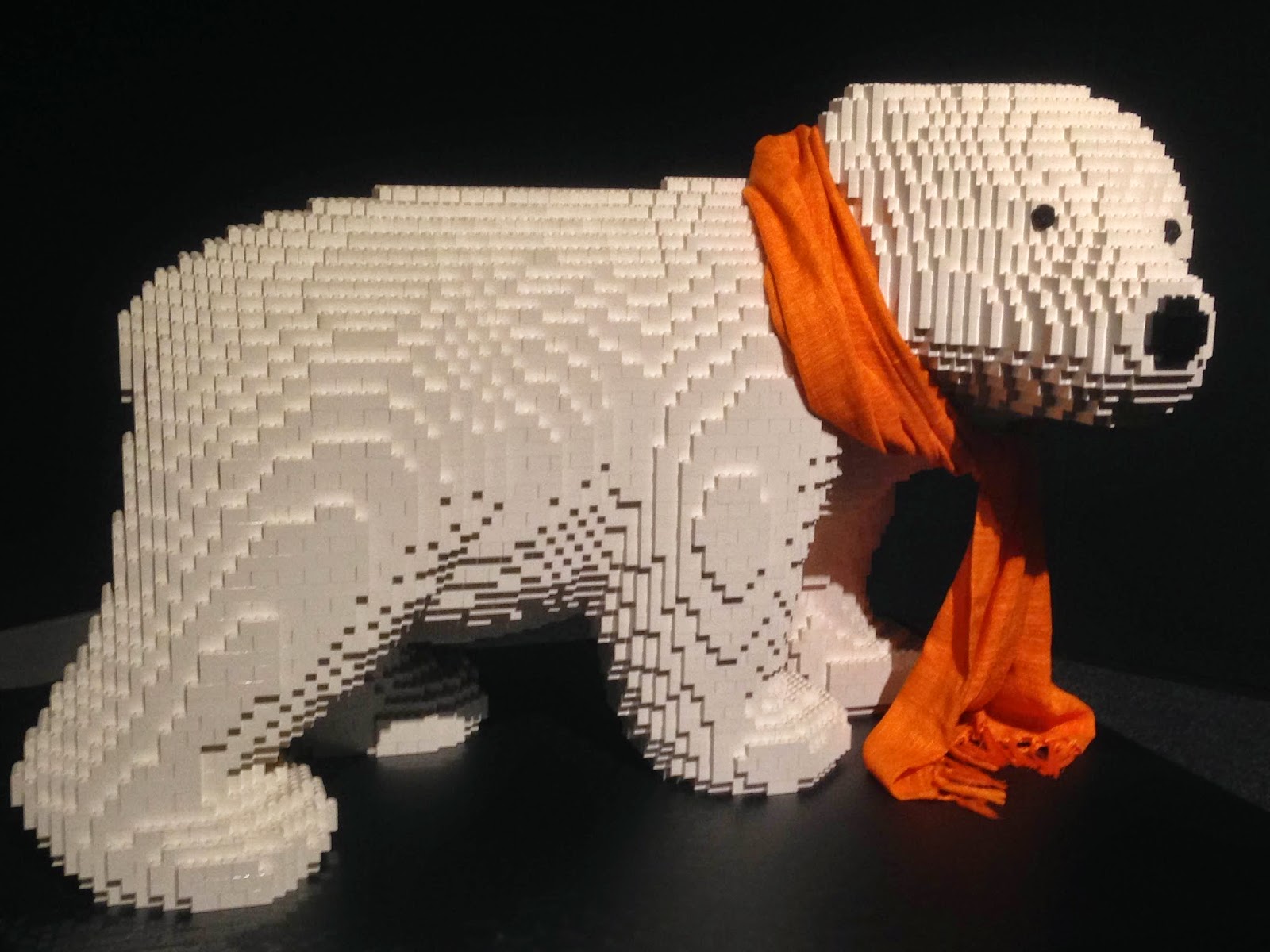 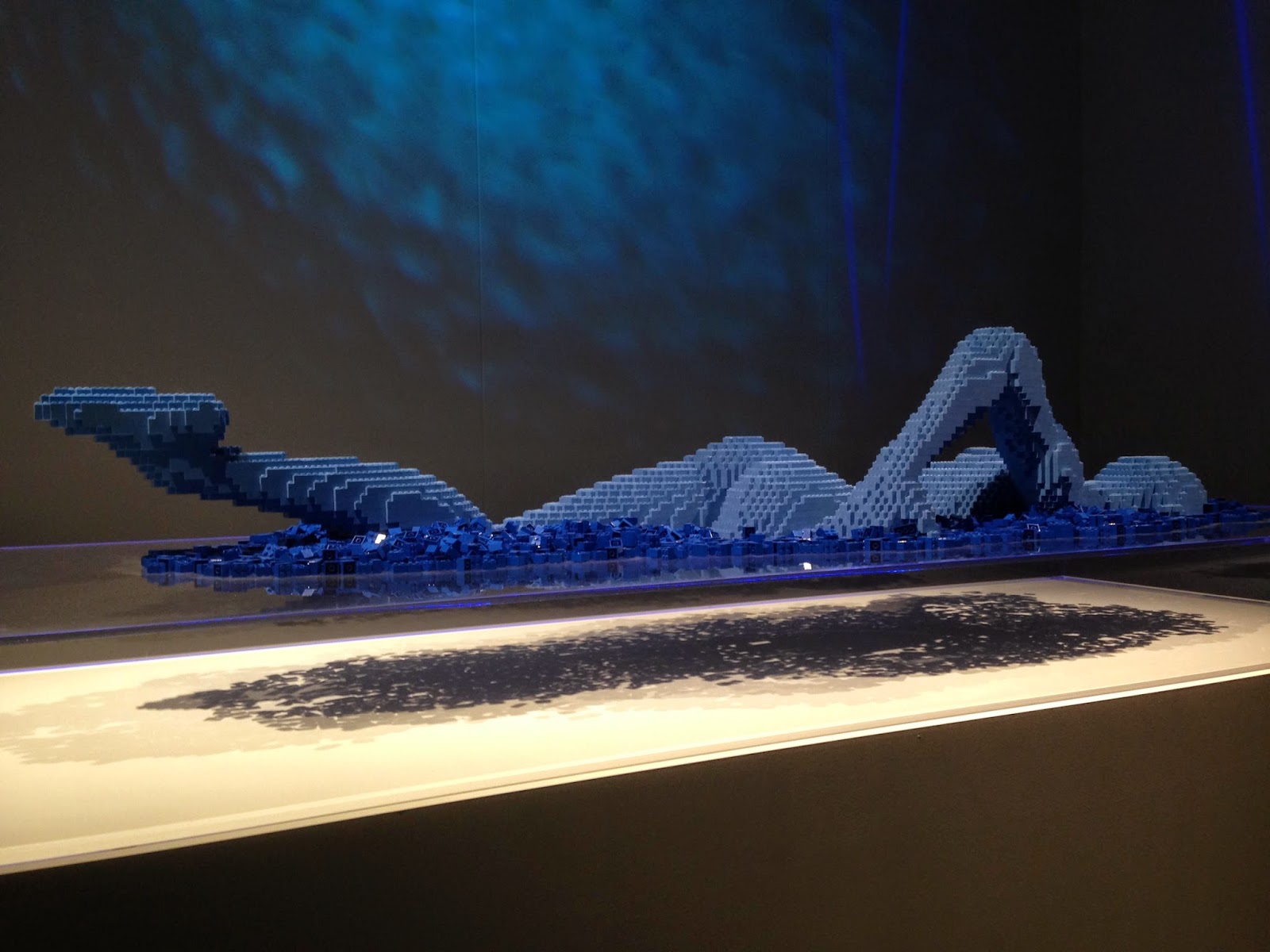 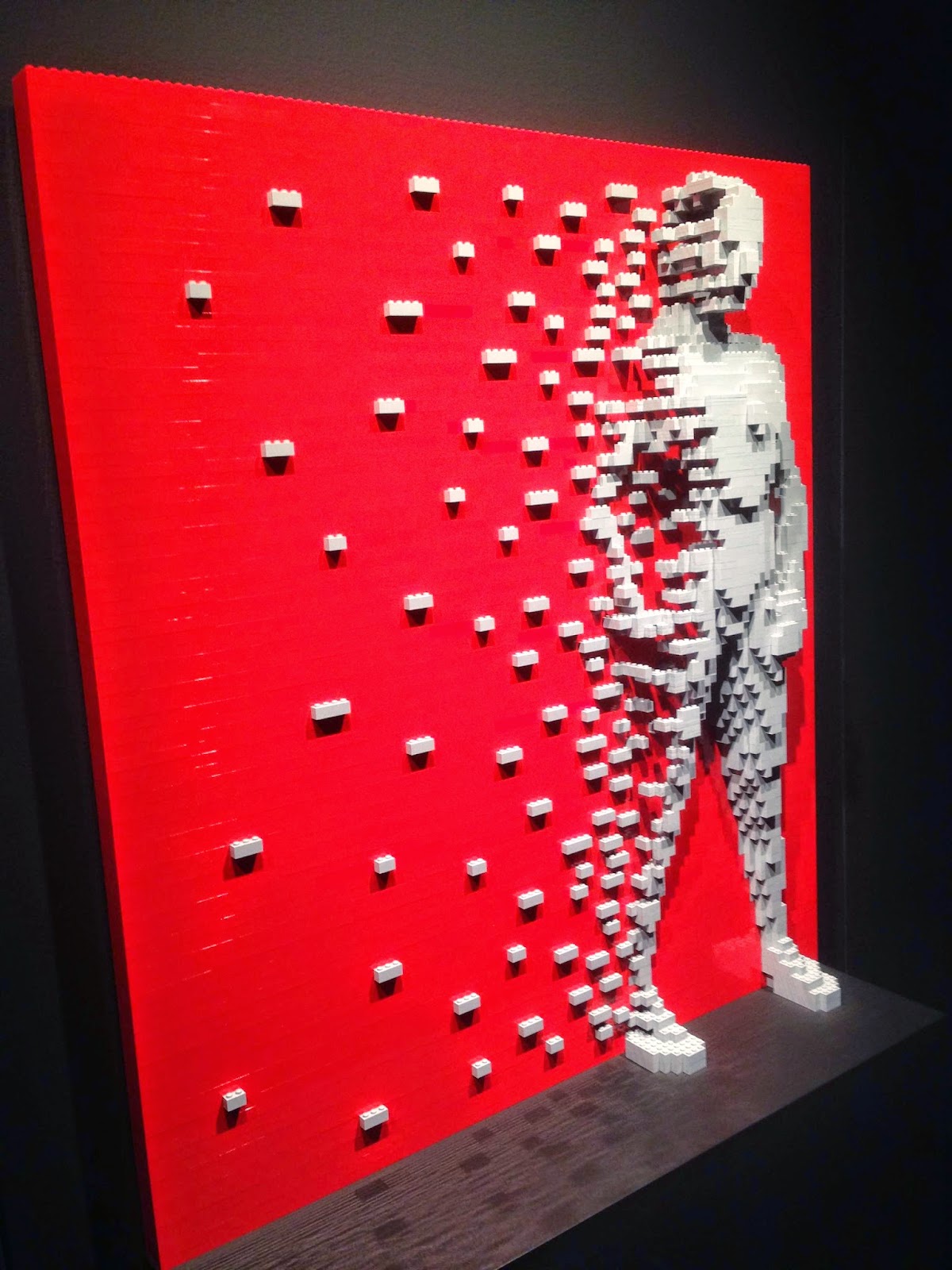 Some really cool work here. I really love both this swimmer and the "Disintegration" piece on the right. 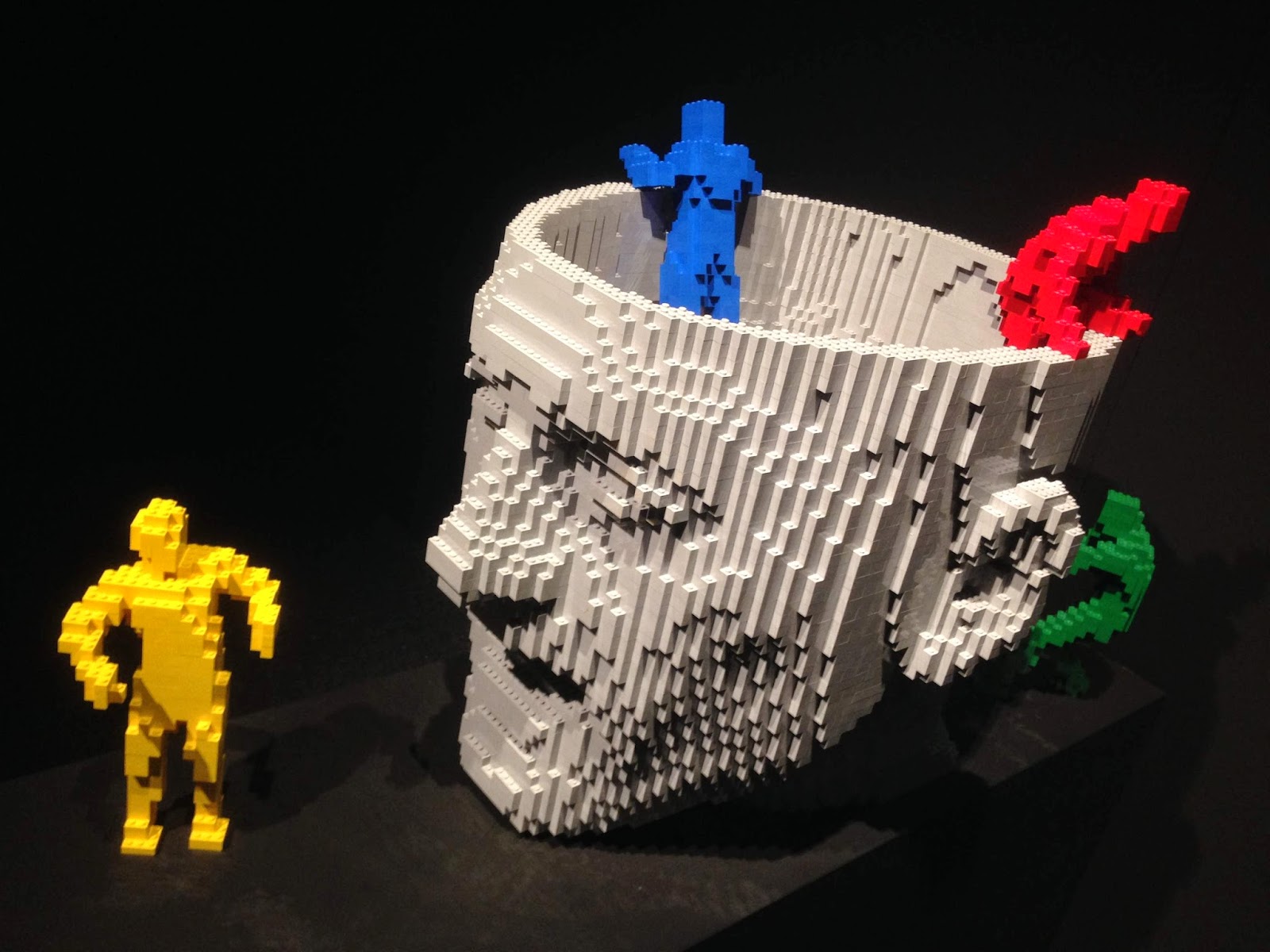 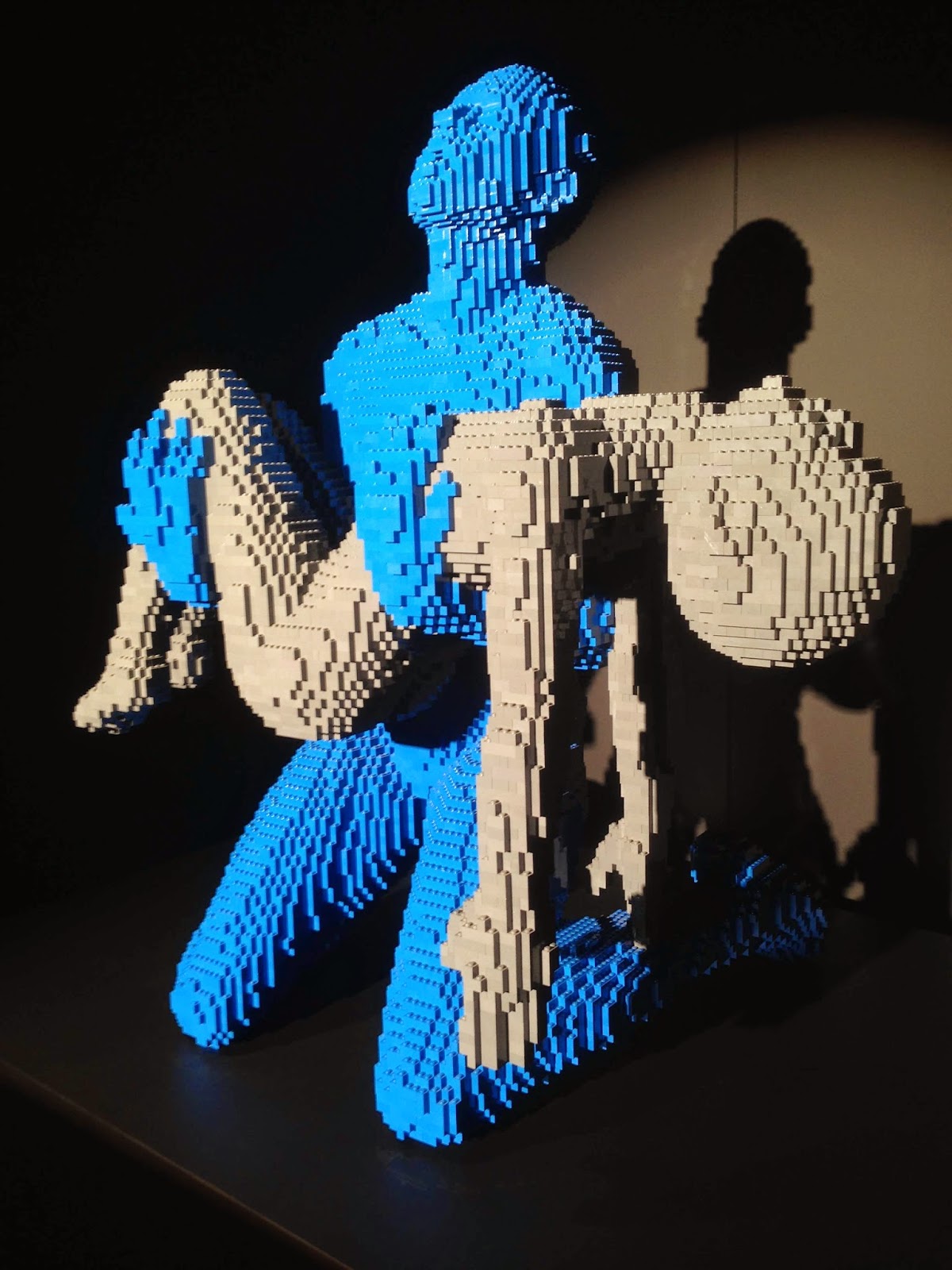 Sawaya started in corporate law but saw the light and became an artist instead. Many of his personal pieces focus on breaking out a shell or conformity into a new world of your own passion and dreams. He also does most of his own sculptures in primary or monochrome colours, which has the effect of making them stand out in stark relief. The piece on the left also follows the "let your dreams be free" motif, but I kept coming back to "Man with Boy" on the right, with its use of a "toy" to sculpt such a serious scene. 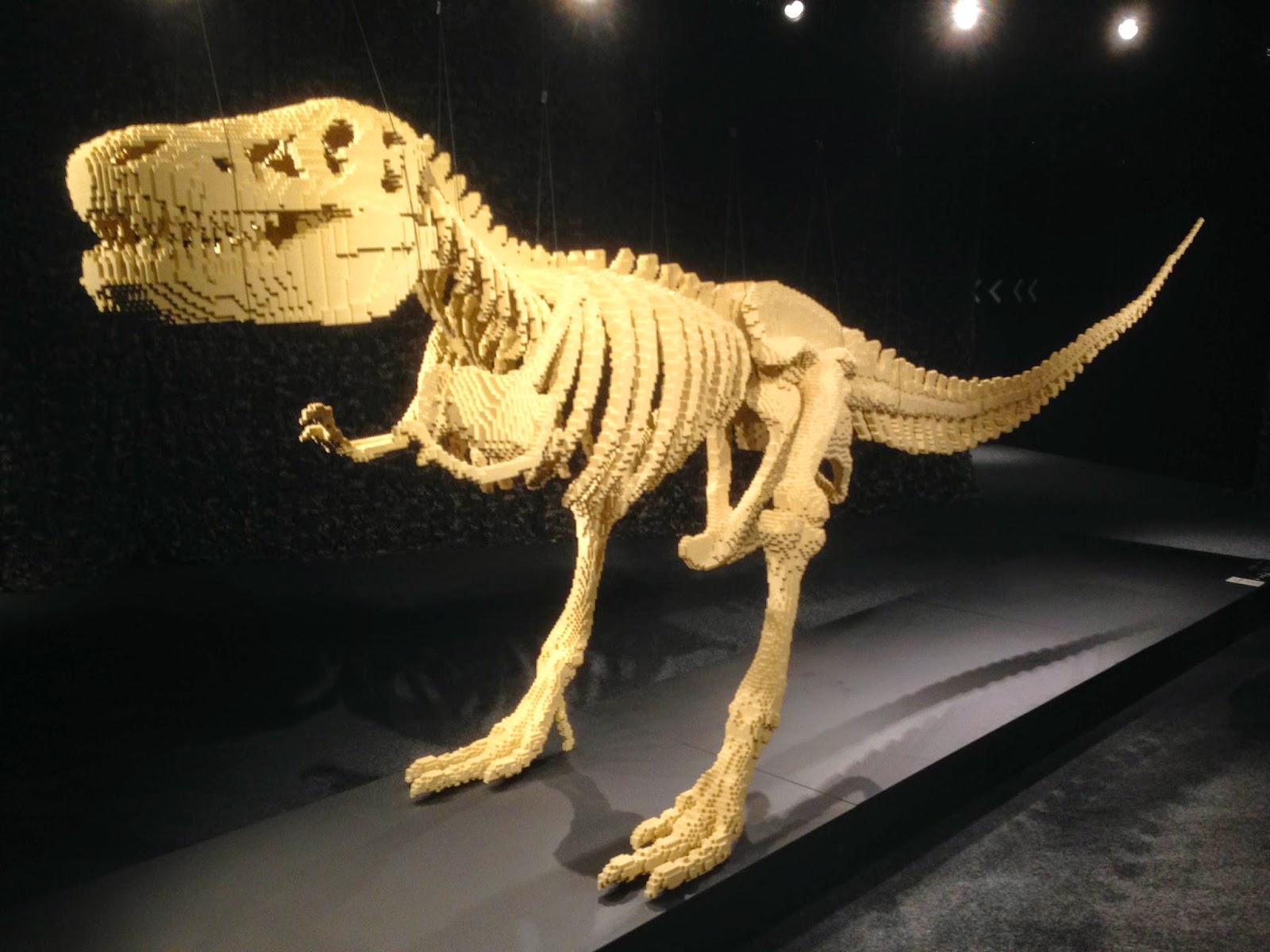