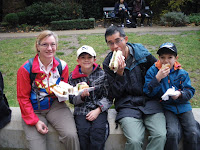 Cleaning up leftover blogs from 2011!
Each Friday and Saturday in London near London Bridge and Southwark Cathedral (where  Geoffrey Chaucer's Canterbury Tales begins), there's the big Borough Market, which is a big food and produce market with tons of variety. We went there with my colleague Chris Tyler, as it's one of his favourite places in London and therefore good enough for us! 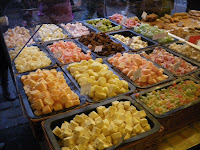 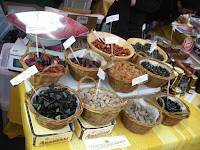 Turkish Delight delightfulness on the left, liquorice yuckiness on the right. 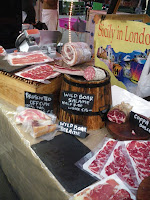 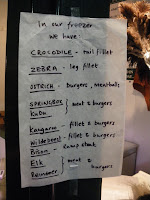 There's more than enough to keep the most exotic gourmand stuffed. Also lots of cheeses, olives, seafood, and pretty much anything you can imagine. 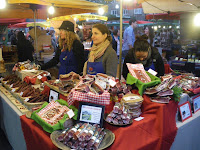 Walking around markets like this can't help but make you hungry. We ended up going to Chris's favourite sausage stand for a late lunch. On a side note, London Bridge has been around since the 12th century, but now is just an ugly boring concrete bridge. On the other hand, there's an unbelievable number of bridges along the Thames from Tower Bridge over to Westminster Bridge where Big Ben is. We had a great day walking along the South Bank, with views of so many of the historic sites along the way, especially St. Paul's Cathedral on the north side.
Posted by Unknown at 15:16