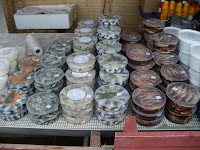 Sunday began one of the happiest times of the year here in Helsinki - the beginning of the Herring Festival downtown! The herring fishing season began about 3 weeks ago, and goes on until or even just past the seas beginning to freeze. The herring fleet took over the harbour downtown, with all the fishing fleet turned into market stalls selling pickled herring in just about any imaginable sauce - sherry, curry, mustard, junipers! Brings us back to our former home of Herring Cove in Nova Scotia! 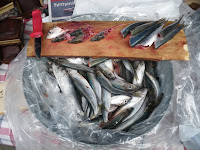 And for me, it also brings me back to Stockholm ISU days where Eric Epstein and I stuffed ourselves with every kind of herring imaginable. However, at Cultural Night, we found the dark side of herring when the Swedes donned gas masks for a demonstration of opening a tin of fermented herring. The smell was so horrendous that the entire auditorium stampeded out! 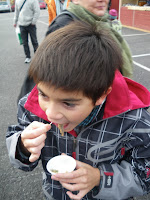 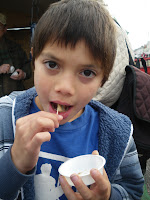 The boys being introduced to the delicacy of pickled herring. Guess who liked it and who can live without it? 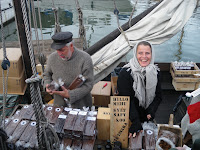 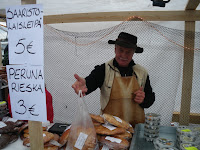 Some of the interesting characters amongst the fishmongers. 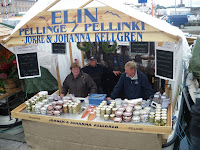 The boats are docked on the pier to double as vendor stalls. They were also giving out awards throughout the day - most creative herring sauce awards?