While we were in Brussels, we went to an art exhibit by Romanian Impressionist, Nicolae Grigorescu. He is considered to be the founder of modern painting in Romania. He was able to combine the avant garde of painting which he experienced during his travels throughout Europe with local characteristics of Romania.

Coming from peasant origins and starting as a painter of religious scenes in monasteries, his career developed with the advanced painting techniques in Europe. In 1861 he was awarded a grant to study at the Beaux-Arts in Paris and there he met the greatest artists of the time, from Millet and Corot to Renoir and Monet. 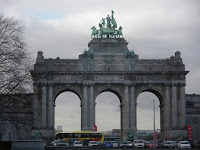 As the leading modern artist in Romania, Grigorescu  painted everyday scenes from the country of Romania, including people, countryside, flocks, lakes, forests, fields and homes.  There were 95 works included in the exhibition. Unfortunately, we were unable to take any pictures, so here are some pictures around Brussels instead. I was unable to find an online picture of 2 oof my favourite paintings but here is a link to a small collection of the paintings of Nicolae Grigorescu. 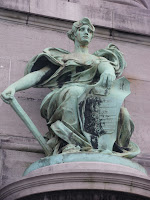 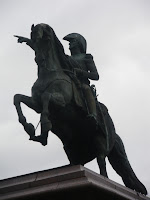