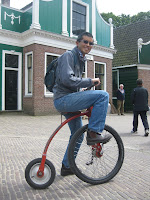 One of the really cool museums we went to in the Netherlands is the Openlucht (Open Air) Museum in Arnhem (the ultimate objective of the famous paratroop battle "Operation Market Garden" in WW2). For those of you in Vancouver, it's like Burnaby Village museum at Deer Lake, only MUCH bigger. It is on many hectares, and buildings from all periods of Dutch history from the past 500+ years are relocated and exhibited here. It's really well-done, and is actually celebrating its 100th anniversary this year. 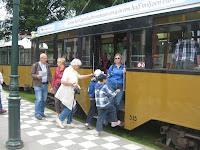 You can walk all throughout from building to building, or you can take the historic trams from stop to stop. In one row of tenement houses, they built up one apartment as it might look in the 1970s, another as it would be in the 1800s during the industrial age, and another as it might be for the tenement nurse. The newest buildings focused on the immigrant experience over the past sixty years - really neat. 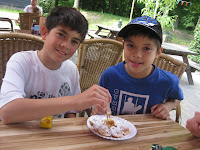 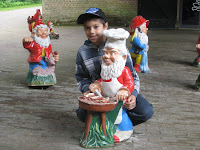 There are also, naturally, lots of windmills. But also cool portable dessert stands Popperjes (little waffle-like treats), a cheese factory, a rebuilt train station, even part of a fishing village. 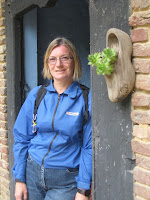 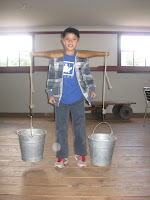 The other really impressive part was the "Holland-Rama." The theatre is on a flight simulator type platform, and you are rotated and tilted all over inside to see different aspects of Dutch history. 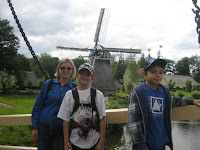