Birds, The Scream, and Dragonflies

August 9
Today I went to downtown Oslo with Mom and got a Norway T-shirt with a little bit of trouble finding it.Then we went to city hall. At City Hall there where big murals and tapestries. Then we went to the National Art Gallery where we saw a few famous paintings like self portrait of Van Gogh which still had his ear and the first version of ''The scream''. I learned that Munch painted two copies of ''The scream'' and Madonna. 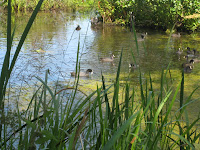 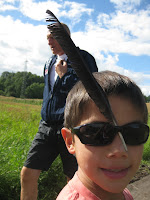 We walked the 6.4 km around a bird sanctuary near Olaf's apartment on Monday. 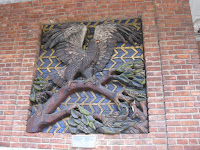 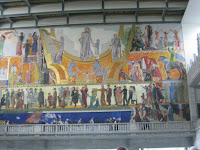 The picture on the left is taken outside Oslo's city hall. Inside there were lots of murals depicting Norwegian history. 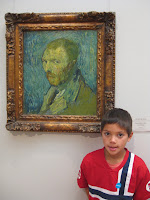 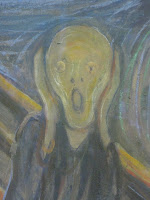 
August 10 (by Zachary)
Today we visited Olaf's lab which has the only 2 nuclear reactors in all off Norway. we had to wait for him to finish a meeting before he could show us around. Olaf had a desk that can go up and a down (he said it is so he can get his exercise by standing up and down).he showed us around and we got a oil lesson by one of Olaf's friends. then we went to Toys R Us and looked around and then came home and watched Toy Story 2 with the takeoff from star wars (with Buzz saying Zurg you killed my father and Zurg says Buzz I am your father). 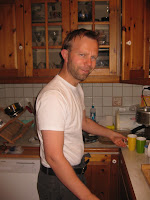 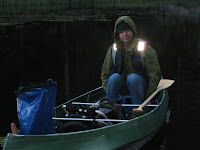 Daddy and Olaf, the two great dragonfly hunters, had been planning all week to wake up early, build Olaf's canoe, and go onto Noklevann well before dawn to photograph dragonflies before they warm up enough to fly. Well, after 4 days of excuses, they finally woke up at 3:30am to get onto the lake before sunrise at 5:26am. However, the dragonflies were all sound asleep deep in the meadows, leaving the two famous hunters to perform one of Daddy's hypothermia experiments instead. Olaf looked thrilled in the kitchen prior to departure, and even more thrilled in the canoe!