The Chocolatey Coating Makes it Go Down Better! 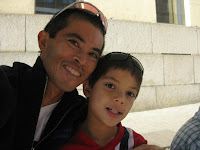 
This is why they call them Finns!

Sunday we went to church and tonight we went to the newcomers tea for the church. At the end we went outside and noticed that it was pouring rain. Really the only way to explain it is to say that there was lakes in the middle of the street and the gutters were water-falls! We got out the door and it was just pouring down so we just ran. We were just in time to get a bus. We got to Kampi and then we got soaked going 30 metres to the T3 tram stop. When we got off the tram we just started to sprint but when I noticed my feet were under-water we started to back out and stood in the tram stop while dad decided what to. First he decided that when the light turned green we should sprint down and across the street and then said scratch that and we just tried to jump across a lane's worth of a puddle and sprinted across the flooded road and park where we were when we got home we were wringing out clothes and there was water in our shoes. But as Olaf would say, "That's NOTHING!' 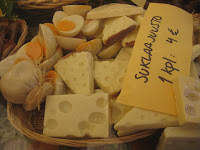 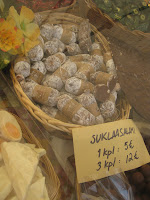 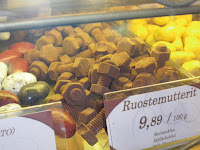 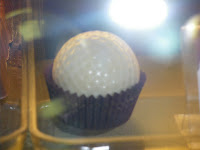 On the left is chocolate bolts they are cool because it actually looks like they have rust. On the right is a chocolate golf ball even though I don't like golf it is still cool. 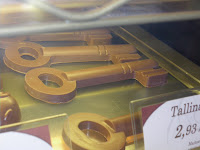 This is a picture of chocolate key I wonder where they lead?
Posted by Anonymous at 19:41