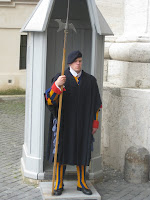 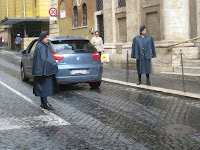 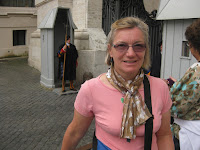 The Swiss Guards also double as traffic cops for cars going into the Vatican, minus the court jester uniforms. Mommy is just outside St. Peter's Basilica with the Guard in the background.
Posted by Anonymous at 08:38