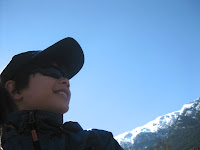 As part of our day trip to Ioannina, we went to the ancient amphitheatre of Dodoni, about 25 km away. It was quite amazing, dating back to the 3rd Century BC and with human settlement for thousands of years before then too. The amphitheatre and the oracle at Dodoni was mentioned in the Iliad, and was originally dedicated to the goddess Gaia (mother Earth). It was then amalgamated with worship of Zeus and the other main Greek gods and goddesses.
Fun Around Trikala Flickr! 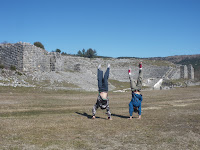 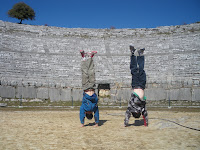 The amphitheatre itself was re-discovered in the 19th century, along with the other ruins. There are temples to Herakles, Zeus, Dione, and also an early Christian basilica. The amphitheatre holds over 17,000, and there is a stadium adjoining it for athletic contests. When the Romans came along, they also used it for gladiatorial contests. 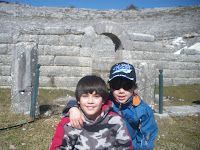 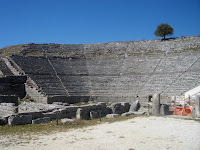